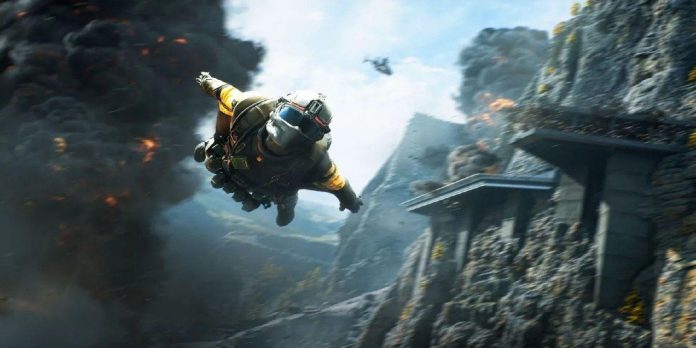 EA believes that if Call of Duty leaves PlayStation consoles in the future, it will create a great opportunity for the Battlefield franchise. There were some concerns that, given Microsoft’s plans to buy Activision Blizzard, the Call of Duty franchise could become an Xbox exclusive. Although Sony and Microsoft officials have said that Call of Duty won’t be leaving PlayStation anytime soon, gamers remain concerned that the iconic shooter series will eventually only be playable on Xbox and PC.

The Battlefield franchise has often been seen as an alternative to Call of Duty. Although both games are first-person shooters, they have many differences, with Battlefield often having a larger scale in terms of the skirmishes players find themselves in. However, several games have recently appeared in the Battlefield franchise that have not been well received. Battlefield 5 was criticized for its depiction of World War II, and Battlefield 2042 received a negative reaction due to bugs and launch failures.

EA CEO Andrew Wilson acknowledged these recent mistakes with Battlefield, stating that he doesn’t think “[EA] has been successful in the last two iterations” of the series. However, Wilson believes that Battlefield may have a great opportunity ahead of it. Speaking at a recent Goldman Sachs event, Wilson said that being “platform independent” with Battlefield, which means games don’t have true loyalty to Xbox, PC or PlayStation, is a “colossal” opportunity at a time when the future of the Duty franchise Appeal is a bit uncertain.

While Wilson is considering the prospect of Call of Duty leaving the PlayStation behind, it looks like it won’t happen soon because Modern Warfare 2 and Warzone 2 will be available on Sony hardware. However, if Call of Duty departs from PlayStation in a few years, EA will have time to restore Battlefield’s reputation. It already seems that big changes are waiting for Battlefield in the future. It was recently announced that one of the creators of Halo, Markus Lehto, will be creating a new Battlefield campaign for EA.

While introducing a story campaign to the new Battlefield game would be a positive step for EA in restoring the reputation of its shooter franchise, many believe that more work needs to be done before Battlefield can be considered a competitor to Call of Duty Battlefield. 2042 to improve this game after its poorly received launch.

Sega is looking for opportunities to adapt Atlus games for live...