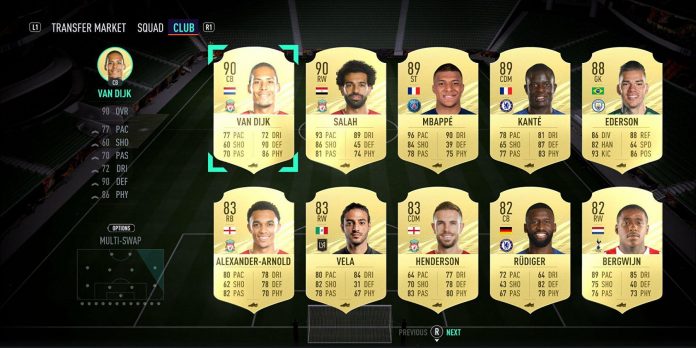 The controversy surrounding video games using monetized loot boxes has not subsided in the industry. While some countries, such as Belgium and the Netherlands, have banned loot boxes, other regions, including the United States, have allowed the practice without regulation. The protection of practice in the gaming industry has been questionable at times. The most recent example is Electronic Arts, which claims that FIFA players “love” the loot boxes in the franchise.

Eurogamer recently approached Electronic Arts about the practice of using loot boxes in the FIFA franchise after the decision of the UK government not to regulate this practice. In response, EA issued a statement defending this practice and explained why it believes that the FIFA Ultimate Team and FUT loot boxes are necessary. In this statement, EA explains that it considers these FIFA loot boxes to be “a part of FIFA that players love,” noting that they have been part of the FIFA franchise for over a decade.

Expanding on the topic of why players “love” FIFA loot boxes, EA says that “fans like that the game reflects the real excitement and strategy of creating and managing a team.” As for the monetization aspect, EA says that “giving players the opportunity to spend money if they want to is fair.” EA then repeats this argument, stating that spending real money on FIFA loot boxes is “completely optional.” This is a common refrain in defense of loot boxes, and it was even repeated by ESA, the largest trade association of the US video game industry.

EA’s statement continues, saying that it “does not encourage spending, not receiving rewards in the game.” In addition, EA claims that the vast majority of loot boxes opened in FIFA games are not bought for real money and that 9 out of 10 open FUT packages in FIFA 22 are earned.

EA’s statement, unfortunately, does not directly address the most controversial aspects of loot boxes. The fact is that loot boxes are akin to gambling, and the result can be addiction. For example, one British study showed that 1 out of 10 young players got into debt by buying loot boxes.

It’s unclear whether FIFA players really like loot boxes or not, but there’s no denying that EA monetization is extremely profitable. Earlier this year, EA reported the biggest quarter, and FIFA 22 played a big role in this. If this does not change, it is unlikely that EA will seriously consider changing the monetization of its loot boxes or think about the alleged harm that this could cause. Otherwise, wait for EA’s Ultimate Team and the return of FUT kits to FIFA 23, which will be released later this year.

Lisa Debuts As Soloist In New MV, What Does Lalisa Say...