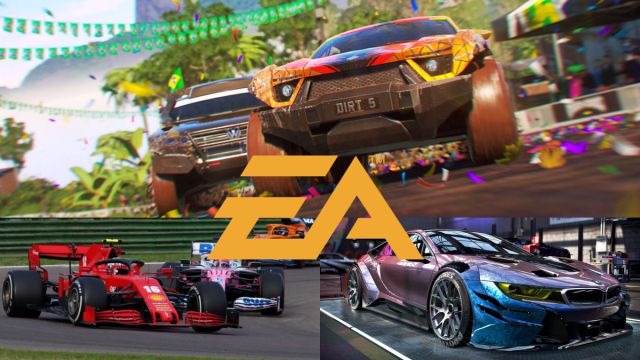 The North American giant will add several studies dedicated exclusively to this genre, in addition to important intellectual properties.

The purchase of Codemasters, the company responsible for games such as Dirt, Grid, ProjectCars and F1 2020, has not yet been completed, although Electronic Arts is already touching the closing of the operation with its fingers. The North American company has commented at the shareholders meeting in which the financial results of the third quarter of fiscal year 2021 have been presented that its intention is to launch car games every year.

In addition to all the sagas that will be acquired if the operation crystallizes, EA also has its own IPs, especially Need for Speed ​​- now in the hands of Criterion – since Burnout remains fallow. As they have ensured, the acquisition will provide new opportunities to EA Sports games, although they have not specified more in this regard.

“We know that if you’re in the United States there is very little F1 out there, but also that F1 owners would love to build the Formula 1 business in North America,” said Black Jorgensen, CFO of Electronic Arts. “We are convinced that they are still expanding around the world.”

According to the manager, the growth opportunities are such that they are “willing to pay what they have to pay.” In addition, he has highlighted the quality of the Dirt and Grid sagas as one of the compelling reasons for acquiring Codemasters, as well as the talent in those studios. “We are aware that it is not a business of the volume of FIFA, but we know that it is an incredible opportunity to own” all these products.

Jorgensen has also pointed out that Need for Speed ​​works well in the market. “It’s one of those kinds of games” that “a mother” buys for her son when she goes to the store looking for something that isn’t “too competitive or sports-oriented.”

Electronic Arts is now waiting for Codemasters shareholders to vote in favor of the operation. Those responsible have already recommended a favorable vote, but the matter will be settled in a meeting that takes place today, February 3.