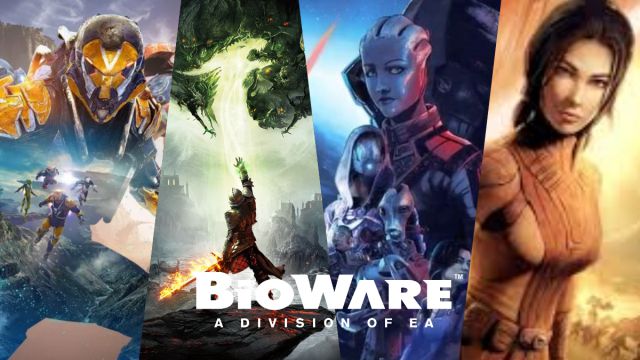 BioWare faces its future with two major projects, the next game in its sci-fi series and the new Dragon Age.

They have not been easy days for BioWare, the veteran developer behind titles like Baldur’s Gate, Star Wars: Knights of the Old Republic or Jade Empire. After the abrupt departure of Casey Hudson, general manager, and Mark Darrah, producer of Dragon Age, the future of the studio depends on the upcoming projects. With Mass Effect Legendary Edition on the nearest horizon (we’ve already seen it!), At Electronic Arts, BioWare owners seem reassured. Andrew Wilson, EA’s CEO, has recognized a period of trouble in recent years, but has been “very confident” about the future.

These words were spoken by him during the presentation of the financial results for the third quarter of fiscal year 2021. “This is a fantastic study that is full of incredible people who do a magnificent job,” he said. Although the problems may have been glimpsed from the outside, that has been, in Wilson’s own words, because “innovation and creativity have been encouraged. We feel very confident.”

And what about recent outings?

Regarding the goodbye of Casey Hudson and Mark Darrah, whom he has described as “friends”, he has assured that they have “tremendous respect”, but that within creative companies it is something that “happens sometimes”. According to Wilson, they are “very happy” with the leadership in the studio, as well as “with the people who go to work every day to offer great innovation and creativity.”

Mass Effect Legendary Edition, the revamped version of the original trilogy, will go on sale on May 14. The manager pointed out that the title has been “extraordinarily well received.” EA will share more details about the BioWare video games “in the near future,” so we may know more details about the new Mass Effect and Dragon Age games soon. Or why not, maybe about Anthem 2.0 too.

How to enable 2-step verification on PS4