Home Entertainment E3 2021: Why Is There No EA Conference This Year? 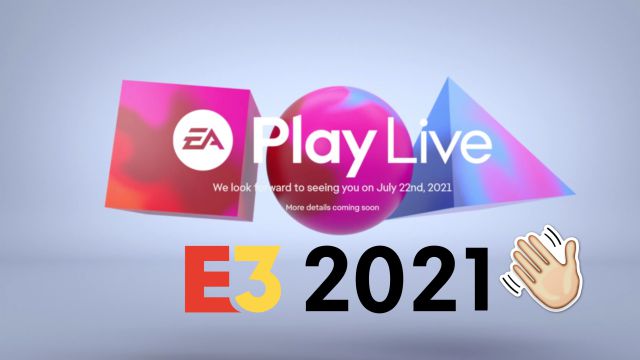 E3 2021: We explain the reasons why Electronic Arts has decided not to offer its own lecture during the event. E3 2021 has returned in digital format after a year of absence due to the coronavirus pandemic. The video game event par excellence, which has received criticism in recent years, has lost some of the key companies, in part because they have decided to set up their own presentations. Others, like Activision, have preferred to present news at the Summer Game Fest 2021. Be that as it may, EA will not be part of the fair, but for what reason?

For several years, the North American company has chosen to organize its own event. In its first editions, it was more of a traditional conference, while recently it has changed its format and has opted for a series of panels related to its video games. Until now, EA Play Live had been held on the same dates as E3, although this year there has been a change, since the show will take place on July 22.

Battlefield 2042 has anticipated EA Play Live 2021. It is true that Electronic Arts will not be present directly at E3 2021, but its long-awaited multiplayer shooter will be, since it will present its official gameplay during the Microsoft conference, next Sunday the 13th June at 7:00 p.m. (CEST). EA DICE showed a first trailer designed with the graphics engine. Now, in MeriStation we have had the opportunity to know the first details, which you can read in our preview.

And what can we expect from EA Play Live 2021? There are a number of games that never miss the event. EA Sports sports games (FIFA, NHL and Madden) are always fixed. Surely, there will be news about the F1 2021 game, from Codemasters and other games from the British company, which is already part of EA. Also, Apex Legends is unlikely to miss the appointment. Will there be anything new from Star Wars? At the moment nothing has been said about it. It is known that the version optimized for the new generation of Fallen Order will be marketed in summer (free update for those who have it in the previous generation).