Home Entertainment E3 2021 | Everything We Know About Far Cry 6 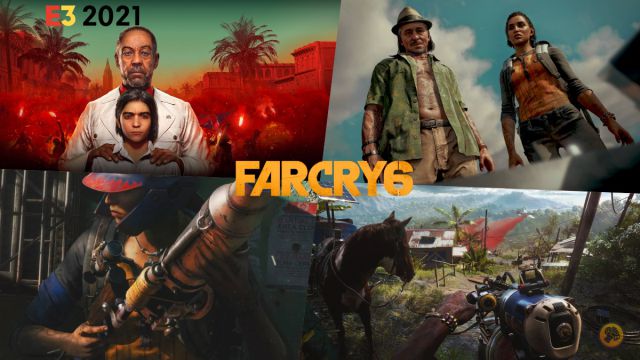 E3 2021: The Ubisoft Toronto game will pit its protagonist and the revolution against the dictator Antón Castillo. Far Cry 6 was scheduled for February 2021, but in the second year of the pandemic, Ubisoft Toronto announced that it needed more time. In the end, it has been confirmed that the video game will be ready on October 7 on PS4, PS5, Xbox One, Xbox Series X, Xbox Series S, PC and Google Stadia. With E3 2021 in the background, Ubisoft Forward will show news, but what do we know so far? We summarize it in the next few lines.

This new production is set on the fictional island of Yara, a location located in the Pacific that is inspired by Cuba, among other territories. The place, a former democracy, bears witness to the rise of Antón Castillo, also known as the president. This ambitious politician wants Yara to recover the splendor of yesteryear, but to do so he will not hesitate to crush any opposition that is in the way. Thus, he puts aside democratic mechanisms to become a powerful dictator. From the capital, Nueva Esperanza, the character played by Giancarlo Esposito rules with an iron hand, while teaching his son Diego everything he needs to know about the government.

Faced with this situation, the people do not sit idly by. In the shadows, the revolutionary group Libertad prepares its guerrilla war. Dani Rojas, the main character (you can choose whether he is a man or a woman) gets in touch with the revolutionary leaders and becomes part of the group. Since Antón Castillo has all the nation’s resources at his fingertips, the guerrillas are forced to use his ingenuity to build weapons and upgrade their vehicles. This translates into a mechanic that Ubisoft have called Resolver, which consists of taking advantage of the elements of the environment. Maximum customization, in other words.

Far Cry 6 works like other titles in the series, which means that it is a first person shooter (with moments in third) full of action. The touch of madness is manifested thanks to a fast gameplay with original weapons, vehicles of all kinds and much more. In addition, friends return, companions who accompany us and who help us defeat the enemy. Chorizo ​​is a very special puppy, capable of misleading enemies so that we can finish them off while they drool with the animal. Handsome, on the other hand, is a much fiercer crocodile to look at.

Ubisoft has tried to reproduce the essence of guerrilla warfare. The dictator controls the territory, but there are safe tunnels that run throughout the country; also the camps in which the group meets to plan war tactics. It remains to be known how exactly the progression system will be, but everything seems to indicate that we will know the details very soon.

Gran Turismo 7 Modifies The Reward Of Several Races In Its...