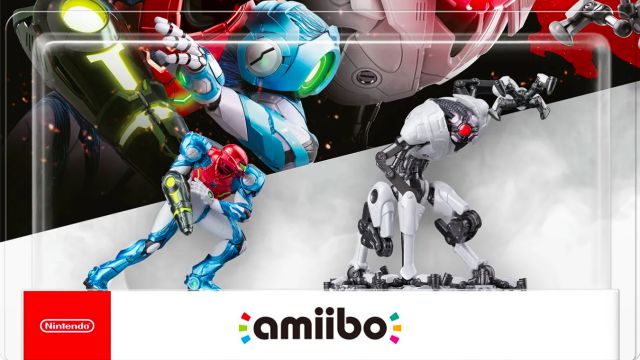 Metroid Dread: Following the controversial Zelda & Pelícaro amiibo, Nintendo sells a Samus figure and an EMMI that provides permanent and temporary benefits to its buyers. On the occasion of the launch of Metroid Dread, Nintendo will market a new amiibo pack that will be worth around 30 euros and will bring two figures. The first of them belongs to Samus, the protagonist of the saga, and the second corresponds to an EMMI, one of the dangerous robots that will try to hunt us down during the adventure. Thanks to the description of the product in the different stores where they will be sold, we already know what the advantages of buying and scanning both amiibo will be. Samus’s, for example, will grant an additional energy tank that increases our health by 100 units. It can also be used once a day to gain extra health each day. As for EMMI, it will allow us to equip ourselves with another missile tank, which translates into 10 more units of capacity for our launcher. Again, we can use it every 24 hours to gain extra ammunition.

These perks, both permanent and temporary, reignite the controversy of a few months ago, when the Skyward Sword HD-inspired Zelda & Pelicaro amiibo was announced. On that occasion, the figure drew attention for offering an advantage that did not exist in the original game and that cannot be achieved in any other way. By scanning Zelda & Pelícaro we can make fast travel from any point on the map … when usually it is only possible from certain statues. Are the benefits – permanent and temporary – of the new Metroid and EMMI amiibo a new example of an extra that should be available to everyone? An interesting debate that we recently tried to address in La Taberna de MeriStation.

Metroid Dread: the beginning of the end

As for the game itself, Metroid Dread (or what is the same, Metroid 5) has been one of the hits of Nintendo’s E3 2021. Its creators have promised that it will serve to close the story arc that began back in 1986, so it can be an important point and another for the saga. As if that were not enough, it is being developed by our neighbors, the Spanish study of MercuySteam (authors of Samus Returns) and will arrive on Nintendo Switch this year. Specifically on October 8, 2021. We have already had the opportunity to take a first in-depth look at it and our first impressions with this return to 2D could not have been more positive. We have even published a very interesting interview with Yoshio Sakamoto, the producer of the series, where he delves into how much terror we can expect, what it has been like to work with MercurySteam and what this new installment means and to whom, 19 years after the previous one.