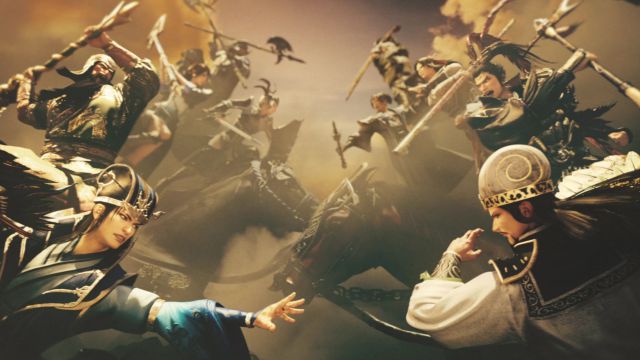 Dynasty Warriors 9 Empires: We reconquer China not only from the battlefield in the most strategic version of Dynasty Warriors 9. “Even the best sword if left submerged in salt water will eventually rust.”, Sun Tzu, The Art of War

What is a Musu? A game of the musou genre is one of the greatest arcade joys in the video game world, because it basically consists of one character against 100, against 500, against 1,000. And every hit he lands is like Sauron in the prologue to the Fellowship of the Ring: 50-60 guys go down in one hit or combo. They are massive battles in which the hero / heroine almost reaches the state of Demigod. And although Dynasty Warriors did not invent it, it did define its characteristics and settle the genre.

And see if in Japan it is popular that you can find musous of very different licenses: There is One Piece, there is Saint Seiya, and there is even Dragon Quest and even Zelda for those who remember Hyrule Warriors. But Dynasty Warriors is who he associates with, and every new installment they release is eagerly awaited by their fans. Right in the month of Valentine’s Day we have a new installment in the West, but will it live up to its name?

Established from the fourth installment and already as a tradition of almost 20 years, each new Dynasty Warriors comes with a series of expansions that deviate a bit from the genre and even from the gameplay of the main title and expand them with different proposals. If Dynasty Warriors is wild action in constant and overwhelming numerical inferiority, the Empire versions bring this same thing but as one of the game modes and not the main one. Empires lives up to its name and proposes us to conquer, defeat, unify, loot empires. So if you like strategy sims stick around, but if you just want Musou to boot, then get on the horse and ride off to a better title.

Let’s start from a clear fact: Dynasty Warriors 9 was what we didn’t want to see in the saga -or at least yes, but not that badly applied. Does this correct Dynasty Warriors 9 Empires? Is Empires the musou we don’t deserve but need? Well, it depends on what fan you are. For those who are missing a bit because they have never played an Empires version of this saga, tell them that something that is rarely done in DW9 Empires is to fight in the traditional musou style, like the rest of the games in the saga. And something that is done a lot is managing, so it can be defined as a simulator of conquest, annexations, espionage and military, political and economic simulation.