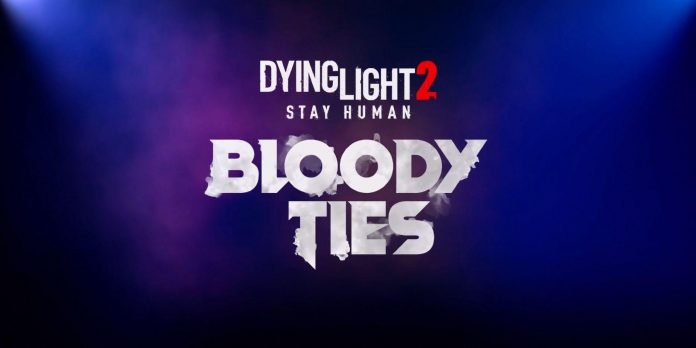 At the beginning of 2022, many popular games were released one after another. Elden Ring has moved players to Lands Between, Horizon Forbidden West has introduced the next big Eloy game, and after many delays, Dying Light 2 Stay Human has finally been released. After announcing that the first storyline DLC Dying Light 2 will be delayed compared to its initial release in June, developer Techland shared a brief snippet of the upcoming DLC, giving fans an idea of what’s next.

If the first Dying Light game is known for something other than its unique take on zombie survival, it is known for the great developer support the game has received since its release in 2015. As for the sequel, Techland mentioned that Dying Light 2 will see at least five years of support, and the upcoming Bloody Ties will be the first major story DLC after several months of small content updates.

The newest trailer lasts only 30 seconds, but gives fans a lot of information. Being in an arena-like place called Carnage Hall, two people fight to the death. One man reigns supreme and approaches to collect his sinister prize in the form of a piece of skeleton. The trailer concludes with the announcement that additional information will be presented at the Gamescom 2022 opening ceremony live on August 23.

Techland has shared some additional information about the upcoming story DLC on the game’s official website, which also indicates an arena-style DLC setup. The information points to new dangers heading to the fictional setting of Dying Light 2, and the rewards that come for overcoming these dangers.

Full disclosure is fast approaching, and fans won’t have to wait long to see how Techland conducts the series, although fans can count on it to be a non-space setting. Thanks to numerous updates, such as the most recent content update 1.5, which introduces new characters and missions, the bar is set pretty high as to what a full-fledged story DLC will bring when it comes out for Dying Light 2.