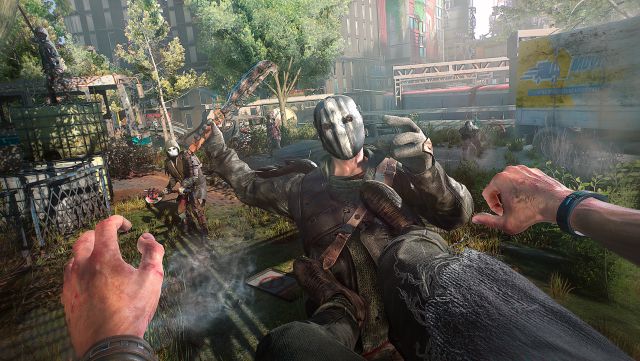 Dying Light 2: Stay Human: The Ronin Pack (Part 1) includes a Survivor Jacket, Crafted Pants, and Ronin Shoes. Techland has already announced that Dying Light 2: Stay Human will have at least five years of post-launch support. The production of the Polish studio will be expanded with new content, both free and paid. No new missions have been made available to players at the moment, but some item packs have. The Ronin Pack is now available for download at no additional cost, although it is the first part (of a total of three).

One of the features of this zombie video game is that our protagonist, Aiden Caldwell, can be equipped with all kinds of weapons and pieces of equipment. In a hostile post-apocalyptic world, all precaution is little, so it is better to protect yourself as much as possible, either against the infected or the humans themselves.

If the previous DLC pack was based on the Peacekeepers, one of the Dying Light 2 factions, now it’s the turn of the Survivors.

A handmade survival jacket, which will help you not to raise suspicions.
Handcrafted survivor pants, designed to give you complete freedom of movement.
Some handcrafted survivor slippers, so you can move at full speed with these extremely comfortable slippers.

Dying Light 2: Stay Human went on sale last February on Xbox One, Xbox Series X, Xbox Series S, PS4, PS5 and PC. The title is also planned for Nintendo Switch, although it is a cloud edition. It was decided that it would be commercialized at the same time as the rest of the versions, but Techland announced that it needed additional development.

At the plot level, the video game puts us in the shoes of Aiden, a Pilgrim who is desperately looking for his missing sister. To achieve this, he must ally himself with each other and advance towards the heart of the city. In his journey, he will have to face crucial moral decisions that can mark the future of Aiden and those around him.

“Thor: Love and Thunder” is one of the most expensive Marvel...