Home Entertainment Dying Light 2: Stay Human, Is It Necessary To Play The First... 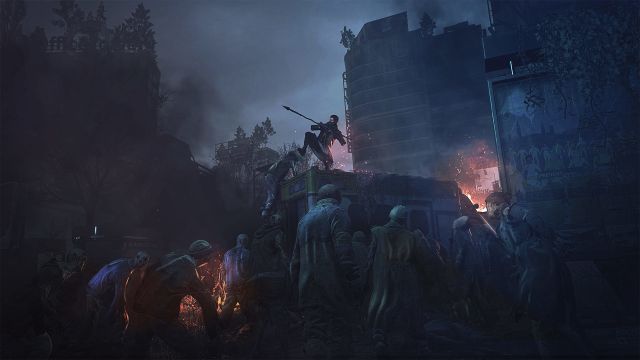 The study behind Dying Light 2 answers whether players will have to play the first installment to understand the events of the sequel. Dying Light 2 will not require playing the first installment to understand the events that will be narrated in it. According to Thomas Gerbaud, world director, the sequel takes place 20 years later, in “a world where humanity has lost the war against the virus.”

“No, you can not play it. Our game takes place 20 years later, in a world where humanity has lost the war against the virus. So in a way you could say that Dying Light 2 takes us into the world beyond the apocalypse, ”says Gerbaud. Dying Light 2: Stay Human will arrive on December 7 to PS5, PS4, Xbox Series X | S, Xbox One and PC. Click here for all the details.

In case you have not played the first one and want to do so before the launch of the new one, Techland has published the Platinum Edition of Dying Light, a collection that includes the base game and all the additional content that it has received during its commercial stage. This includes its expansion, The Following, and other DLC that expand the playable adventures.

Then we leave you with the elements that it includes. It is available on PS4, Xbox One, and PC; compatible with PS5 and Xbox Series X | S.

Epic Games buys the creators of the game 3 ( Details...