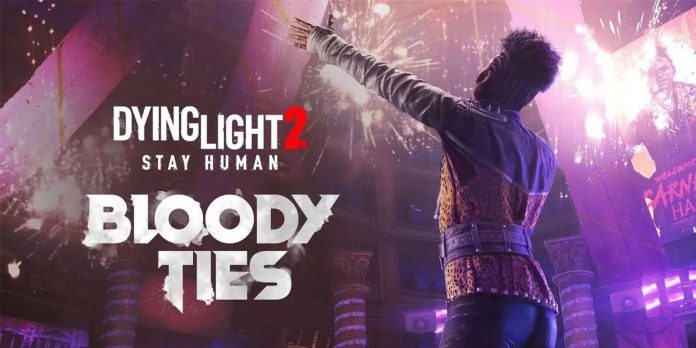 Dying Light 2: Stay Human was released in early 2022 and became a long-awaited sequel to the original game seven years ago. Aside from some launch issues, most of which were graphics and performance issues that have since been fixed, Dying Light 2 is everything fans were hoping for. The sequel reintroduces the smooth first-person parkour mechanics from the original game, and introduces new workarounds such as the cat hook.

The plot of Dying Light 2 has separated from its predecessor, creating a much more serious tone in the story and characters. Despite the fact that fans believe that the main character is missing, many other characters in the game have a bright personality, and the war between the factions, together with the main character’s mission to find his sister, ensure that tensions remain high throughout the game. With that said, the recently announced Dying Light 2 DLC, Dying Light 2: Blood Ties, seems to be changing the tone of the game and creating a less serious environment.

What is Dying Light 2: Blood Ties

Judging by the announcing trailer of the DLC Dying Light 2, it seems that players are entering a kind of gladiatorial arena, where they will have to fight both human enemies and zombie enemies. The trailer shows a battle arena dubbed the “Hall of Carnage,” where many non—player characters can be seen training and training for what looks like a circus performance or a combat test-or some combination of both. The narrator claims that although people now have to fight daily to survive, in this arena they fight for glory, implying that fighting is more of a spectacle than anything else.

Although it’s unclear exactly how this gladiator arena came to be, players must fight their way through relentless waves of enemies through the many different levels and environments created in the arena. It can be assumed that the main character must win his fights in order to get the title of champion and pick up his prize in the arena, whatever it may be. However, it is implied that something more sinister is happening during these events, and players are likely to discover the true nature of Carnage Hall during the passage of Dying Light 2: Bloody Ties.

How Dying Light 2: Bloody Ties Changes the tone of the Game

First of all, Dying Light 2: Bloody Ties seems less serious compared to the main game. Although there were moments of levity during the game’s plot, Dying Light 2 was much more serious compared to the original, and it looks like the DLC is trying to make the storyline a little more fun. Although gladiator fights are probably as brutal as any other fight in the main game, there is definitely a sense of comedy and silliness in the arena, probably due to its close resemblance to a circus act.

Dying Light 2: Bloody Ties tells a new story, and also seems to change the combat environment. Unlike jumping around the open world, navigating rooftops and narrow corridors, the DLC action seems to mostly take place in a multi-story arena. Although this arena has familiar structures such as spike walls and swinging pillars, it is much more enclosed and is likely to limit player mobility compared to the main game. However, it seems that there are several different types of arenas, some of which have scaffolding and other structures that can be climbed, so parkour is more likely to be used for combat rather than exploring the environment.

The general change of Dying Light 2: Bloody Ties will most likely not change the feeling of the game as a whole. The series is no stranger to brusque humor and a less than serious plot structure, but it’s interesting to see how the developers make such a drastic change in direction compared to the main game. Although the plot and combat situations of Dying Light 2 seem mixed up in this addition, it can serve as a welcome change of pace and a positive addition to both the history of the series and its unique look at parkour-based battles.

The release of Dying Light 2: Bloody Ties will take place on October 13.

Order: 1886 deserves to be continued