Home Entertainment DWTS: What You Need to Know about Derek Hough & Hayley Herbert’s... 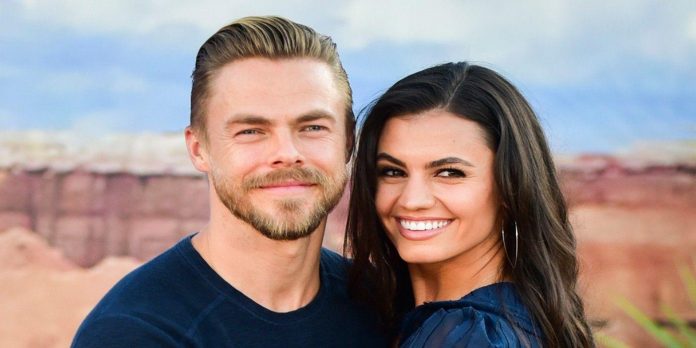 Longtime professional “Dancing with the Stars” dancer turned judge, Derek Hough recently proposed to his fiancee Hayley Herbert on Thursday, June 2. The dancers have kept their relationship a secret since 2015, before deciding to make the news public in the last couple of years. Now, after seven years of living together, the couple is planning a wedding that fans have been waiting for for a long time.

When fans first met Derek, he was introduced as a guest instructor during the 4th season of DWTS to help his sister Julianne Hough and her celebrity partner Apolo Anton Ono with their program in Week 6. Then he became a professional dancer. The following season, and remained a professional dancer in the series until season 23, winning the Mirror Ball Trophy six times during his entire performance. When the audience first met Haley, she was a participant in the 10th season of the show “So you think you can dance”, where she entered the top six.

Related: DWTS: Brian is “Grateful” to Sharna for Taking Care of Him Due to Health Issues

According to People, Derek and Hayley met in 2014 when The Hough Siblings hired Hayley to tour. After she started dancing for the Houghs, Haley was hired to participate in the 21st season of DWTS, where Derek and Haley reportedly began their budding romance. Despite the fact that they were in a relationship, they decided to keep their romance a secret. Only in 2017, Derek and Hayley became public by posting the news on their Instagram accounts. Derek also mentioned that the quarantine with Hayley made the couple stronger, saying, “We came together […] We’ve grown a lot as a couple. We even launched a YouTube channel together,” he said.

So while the COVID-19 pandemic has been a difficult time for many, it has also brought others closer together. Since the joint quarantine brought them closer together, they decided to go on a trip together, including to Paris and Disneyland. Fans waited patiently for the dancers to announce their engagement, even asking them if they would have a DWTS offer, and they both agreed that the offer on the show was not for them. However, fans got what they were waiting for, as Derek and Hayley announced their engagement earlier this month after seven years of dating.

Derek and Hayley have been a favorite couple of fans of the show “Dancing with the Stars” for many years. They received the support of fans and loved ones, which is why their future engagement was such a hot topic among fans. Now that professional dancers are starting to plan a wedding, DWTS Nation fans, their friends and family will be rooting for them.