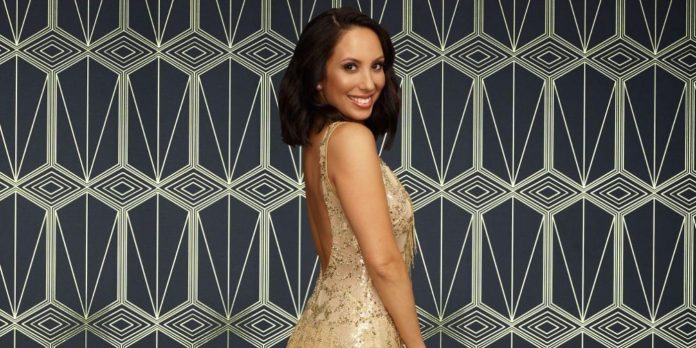 Professional program “Dancing with the Stars” Cheryl Burke talks about her divorce and the power of therapy. Cheryl filed for divorce from actor and “Boy Meets World” star Matthew Lawrence in February, citing irreconcilable differences. The couple briefly dated in 2007, after Matthew’s brother, Joey, participated in the third season of DWTS. Cheryl and Matthew reunited in 2017 and got engaged in 2018. The couple finally tied the knot in 2019. Cheryl previously said that she is currently spending time alone amid a breakup with Matthew.

Cheryl is one of the oldest professional dancers of DWTS, she participated in 24 of the 30 seasons of the show. She joined DWTS in the second season, in which she won with 98 Degrees vocalist Drew Lachey. She also won the coveted Mirror Ball Trophy of the show in the third season with former NFL legend Emmitt Smith, with whom she competed again during the DWTS All-Star season in 2012. star Rob Kardashian and, most recently, Peleton instructor Cody Rigsby.

In the latest installment of her “Burke in the Game” podcast, Cheryl talked about how much she appreciates therapy and gave details about how she played a role in her relationship with Matthew. “My soon-to-be ex-husband, we went to therapy even before we got engaged. I’m a big advocate of therapy, so I made him go. And I think it really helped when it came to communication. And it was consistent from start to finish,” she said, according to E! Online. The DWTS professional has always been a strong advocate of therapy, saying it’s “great” to go even if there are no serious problems in the relationship.

Cheryl added that although therapy was an important part of her marriage to Matthew, she was unable to help them stay together. Reflecting on this, Cheryl says, “When you’ve reached the point where you’ve done it all in that sense, and you realize that we’ve evolved and maybe not together.” Cheryl said that, in her opinion, therapy is necessary in a relationship to have an “unbiased third person” and help strengthen communication. She also said the couple had been in therapy continuously throughout their marriage.

It’s been a tough year for Cheryl as she tries to move on and grow after the divorce. She has “Dancing with the Stars” to look forward to in the fall if she decides to return, and she expressed her excitement about moving the show to Disney+. Cheryl has always been an open book about her feelings, and her honesty in this situation is refreshing. Throughout her career, she has shown great courage in being able to discuss vulnerable moments in her life. There is no doubt that Cheryl will come back strong after this and hopefully be able to heal as she begins a new chapter in her life.

What will happen to Kimiko in the third season of “Boys”?

Blizzard Announces when Loot Boxes will No longer be available for...