Home Entertainment Dwayne Johnson Will Star In A Movie Of A Brutal Video Game... 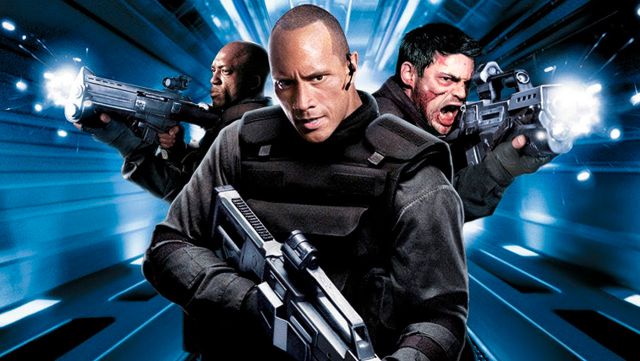 Dwayne Johnson: The famous actor who will premiere this year Black Adam says he is working on a new movie based on a video game he has played for years. Dwayne Johnson, the famous actor who this year will star in the film adaptation of DC’s antihero Black Adam, has assured in a recent interview that he will soon be part of a new movie based on a brutal video game that he has been playing for years. He has thus explained it to Men’s Journal (via GamesRadar), without offering more details about it and promising an announcement for this year.

And it is that ex-WWE fighter turned Hollywood superstar, beyond appearing in authentic blockbusters of the cinema such as the Fast & Furious saga or the Jumanji reboots, Dwayne “The Rock” Johnson has had a close relationship with the cinema based on video games. So much so, that he appeared in the first adaptation of Doom in 2005 and, more recently, in Rampage, the film that adapts in its own way the well-known arcade machine that made the leap in the 80s and 90s to a multitude of systems.

“I can’t tell you what particular game we’re making, but there will be an announcement this year. We are going to bring to the screen one of the biggest and most brutal games, one that I have played for years. I am very excited to present it to fans around the world”, commented the famous actor, not without declaring himself an absolute fan of the Madden saga. And despite citing the EA football saga, the actor is probably referring to another well-known video game franchise.

Be that as it may, we will have to wait for a possible announcement during this 2022 related to Dwayne Johnson, cinema and video games. bets? Returning to the actor’s immediate future, Dwayne Johnson will premiere Black Adam on July 29, the adaptation of the DC character under the direction of Catalan filmmaker Jaume Collet-Serra. Do not miss the first teaser trailer of him at the beginning of this news.

The Walking Dead: All About Season 11 Premiere