Home Celebrity Dwayne Johnson thanks fans for 20 years in Hollywood and reflects on... 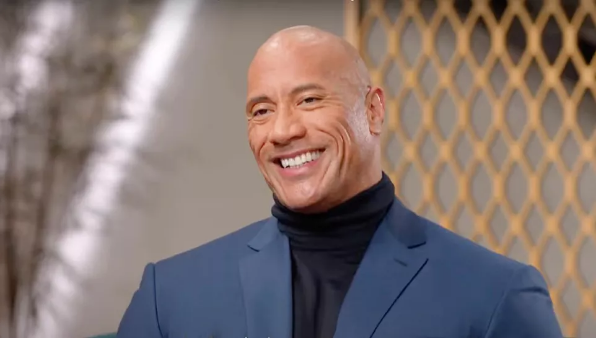 I find it hard to believe that there was a day when Dwayne Johnson was not one of the most successful and famous actors in Hollywood. However, there was a moment when the actor switched from wrestling to acting. He said people wanted him to change and not be himself. Now, after 20 years in business, The Rock has published a video in which he talks about his career, humble beginnings, and thanked his fans for their support over the years.

In the video, Johnson in his hotel room shows how the staff laid out products of his own production around the room. It includes Teremana tequila, Zoa energy drinks and “mosaic” from his films on the wall. Rock noted that he had never seen his career develop in such a way before, which prompted him to post a video and watch it.

It’s incredible to see all these films like this. After seeing them all, it becomes clear how many extremely successful films Rock has made. Many of Johnson’s best films have also become some of his highest-grossing films. For example, CinemaBlend calls “Fast and Furious 7” its best film, as well as its highest—grossing film – $ 1.5 billion. So, Rock films are not only good, but also insanely popular.

In the video, he mentioned that when he first started, people didn’t want him to be himself. Now he has made an extremely successful career being himself. As he said in his Instagram post:

I’ve never seen my films laid out like this, and it served as a reminder to me to say: thank you guys all over the world, to you and your families. Thank you for the love, support, trust that I could deliver to my passion. When I first came to Hollywood 20 years ago, I worked my hardest to get here. They told me: “You can’t call yourself a Rock, don’t go to the gym, don’t talk about wrestling.” Be like George Clooney, be like Will Smith.” And I said, no, I’m not going to be like those guys, I have to be myself. And if I fail in my Hollywood career, then at least I failed knowing that I am me. Now, years later, I see it, and it’s all because of you guys; I thank you, and I love you, thank you very much.

I really appreciate how real Johnson is. You can see how proud he is of his work in the video and how much he loves those who supported his career. Another example of Johnson being superreal was when he first saw the Black Adam figurines. It was clear that he thought they were super cool. Even after 20 very successful years in business, seeing yourself as a figurine should be exciting.

Rock’s post about this movie mosaic comes out right before the release of his first foray into the world of superheroes. “Black Adam” has been in development for more than a decade, and we’ll finally see how Johnson’s hard work pays off later this month as the film officially joins the DC movie roster. Shortly after the release of the superhero movie trailer, Johnson took to Instagram to thank fans for the positive response and support.

It is clear that Johnson loves and appreciates his fans and is well aware of how hard he has worked to achieve what he has today. I am sure that all this love and support will continue, as the next film “The Rock” in the 2022 film schedule, “Black Adam”, will be released on October 21.

Why does Taehyung blow a kiss to heaven when he finishes...