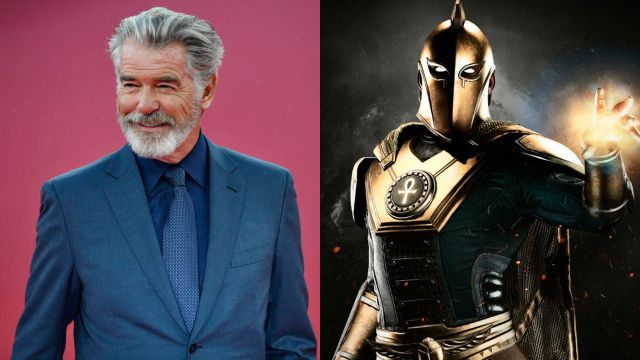 The famous Irish actor for his role as 007 will play Doctor Fate, one of DC’s most powerful wizards, in the new Black Adam movie.

Black Adam, one of the most anticipated upcoming films in the DC Extended Universe and starring Dwayne “The Rock” Johson, completes its promising cast with a resounding addition; so much so, that The Hollywood Reporter has announced that actor Pierce Brosnan, famous for his role as James Bond, is joining the production as Doctor Fate, the powerful sorcerer from the DC comics. Shortly after, Dwayne Johnson himself confirmed the news by welcoming the actor to the Justice Society family.

And it is that a long time ago the presence of such an iconic character as Kent Nelson / Doctor Fate was announced, although until now the act that will give life to such a powerful magician of the DC universe has not been confirmed. With this announcement, the previously announced JSA for Black Adam is completed, featuring Hawkman, Atom Smasher, and Cyclone.

Such a pleasure to announce the final member of our #JusticeSociety, the bad ass statesman,
Mr @PierceBrosnan as the iconic and all knowing, DR. FATE.
I’m grateful to have such a talented, diverse and hungry cast. #BlackAdam⚡️https://t.co/3gyTgP9MQ9

Doctor Fate or Doctor Destiny (as the character is known in Spain and Latin America) is a character created by Gardner Fox and Howard Sherman who debuted in More Fun Comics in 1940. After obtaining the Destiny Helmet from the Lords of Order, Kate Nelson o Doctor Fate became one of the most powerful wizards in DC comics, being present in numerous stories involving the JSA.

Thus, the cast of Black Adam stays with Dwayne Johnson as Black Adam himself, Noah Centineo as Atom Smasher, Quintessa Windell as Cyclone and Aldis Hodge as Hawkman, along with Pierce Brosnan as Dr. Fate and other names such as Sarah Shahi or Marwan Kenzari without confirmed roles, under the direction of Catalan film director Jaume Collet-Serra.

The first photos of the Black Adam filming sets were recently leaked, a production that will start in a few weeks ahead of a premiere originally scheduled for December 2021, although for now it remains without a specific date after the latest wave of delays in DC movies.