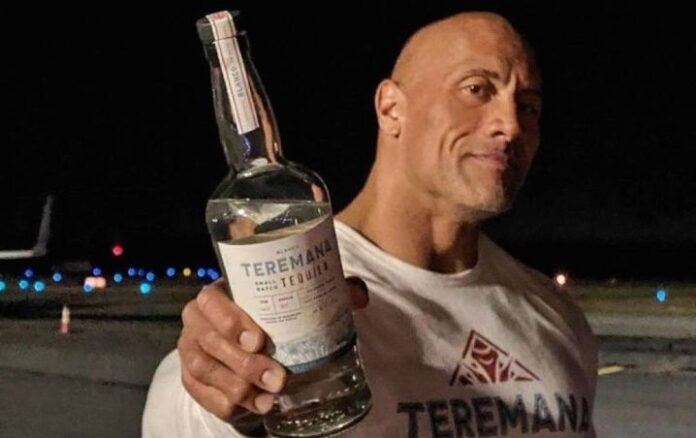 Actor Dwayne Johnson surprised his followers on social networks by promoting his new Tequila brand made in Jalisco, Mexico , and whose name is ” Teremana “. A news that also caused great emotion among its Mexican fans.

It is known that the actor, also known as ” La Roca “, had postponed the launch of his product due to the health alert by Covid-19. However, on the occasion of celebrating his 48th birthday, the actor shared several videos of his Tequila .

Recall that Dwayne Johnson is one of the most successful actors in Hollywood, and whose popularity was given thanks to his participation in different films such as “Jumanji: in the jungle”, “Earthquake: the failure of San Andrés”, “Fast and furious: Hobbs & Shaw ”and“ A Spy and a Half ”, among others.

Dwayne Johnson “La Roca” launches tequila brand
Through a publication on his Instagram account, the actor took advantage of his birthday to promote his tequila brand “Teremana”. Specifically, the actor shared the following message:

“What a weekend. Hundreds of thousands of you joined my ‘Teremana’ birthday to toast your own birthday, your children, your husbands and wives, friends, even your deceased relatives. I am sure they are there with you. Everyone celebrating a birthday… while we are in quarantine ”

“La Roca” celebrates his birthday from home
Dwayne Johnson, like many artists, is complying with social isolation to prevent the spread of Covid-19, which is why we have seen him share some of his best moments with his family.

However his birthday was one of the most commented events on social networks after several celebrities shared congratulatory messages towards the actor, such as Chris Hemsworth who dedicated a fun video to Dwayne with a (literal) rock ‘cake’ and a candle.

When producing Teremana we only use Blue Weber Agave from the highest peaks of the Jalisco Highlands, which creates greater natural sweetness. Our agave are only harvested at peak maturity, often taking six to eight years depending on the plant. ⠀⠀⠀⠀⠀⠀⠀⠀⠀ This #TeremanaTuesday Come Have A Drink!

Kylie Jenner: this superb room tour of her 36.5 million dollar...

Danna Paola Reveals How It Will Be Judge In ‘THE ACADEMY’