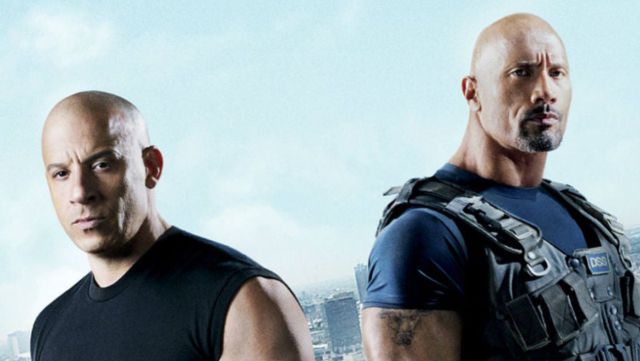 Dwayne Johnson: The Rock responds negatively to Toretto’s invitation to return in the next installment of the saga, wishing the team the best of luck. New chapter in the tortuous relationship between two Hollywood superstars such as Dwayne “The Rock” Johnson and Vin Diesel in relation to the famous Fast & Furious film saga. And it is that after the premiere of the spin-off Hobbs & Shaw with Jason Statham in 2019, Dwayne Johnson announced his departure from the franchise due to his rivalry with Vin Diesel, the famous Dominic Toretto, a relationship that never finished working despite of the familiar halo that always surrounds the saga. Now, and after Diesel’s words of reconciliation last November addressed to The Rock, the actor who will soon play Black Adam in the cinema has reaffirmed his departure from Fast & Furious, not without dedicating a few last words to Dom in a recent interview with CNN: “It is an example of their manipulation.”

Thus, Dwayne Johnson has responded to Vin Diesel’s last public statement at the end of last year, reaffirming his departure from the franchise and ensuring that the words of the actor who plays Toretto are pure manipulation: “I told him directly that I would not return to the franchise. I was firm, yet cordial, and said that I would always support the cast and always wish the franchise would be successful, but there was no chance that it would return. Vin’s last public text was an example of his manipulation. I didn’t like that he used his children or Paul Walker’s death. Put them aside. We talked about this for months and came to a clear understanding. ”

Even so, the famous actor has not wanted to settle the issue without wishing the best of luck to the Fast & Furious team: “My goal from the beginning was to end my incredible journey with this incredible franchise with gratitude and grace. It is unfortunate that this public conversation has muddied everything. In any case, I trust the Fast universe and its ability to constantly satisfy the audience. I sincerely wish my former co-stars and crew the best of luck and success for the next episode, ”concludes Johnson regarding the upcoming Fast & Furious 10.

Mike “The Situation” Sorrentino Says He and His Wife Lauren Sorrentino...

Shawn Mendes Heals His Broken Heart With a Mysterious Girl in...