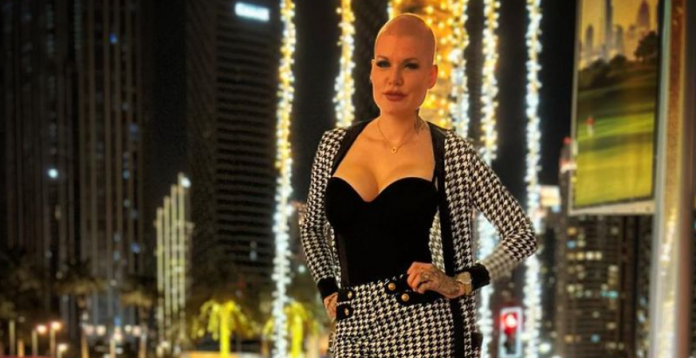 Melanie Muller (34) is back in the headlines! In fact, fame on television as a pop singer and reality show actress is considered an absolute mood cannon. But the former bachelor’s candidate is now facing very serious charges. The reason: the mother of two children recently gave a concert at which right-wing extremist slogans were shouted. Then she distanced herself from such ideas on the Internet. But now another video is giving Melanie trouble: they say she showed a Hitler salute at a concert.

In a video obtained by Bild, Melanie can be seen at a concert at the Rowdys Eastside hooligan troupe Oktoberfest on September 17. According to the spokesperson for the protection of the constitution, the group should also include right-wing extremists. During the concert, Melanie and the audience shouted the word “East Germany” several times, raising their right hand eight times in total. The people in the audience did the same. Now the records should be studied by law enforcement officers.

The former famous candidate for “Big Brothers” did not comment on the picture in any way. Only her partner Andreas Kunz explained: “Depending on the point of view from which the video or photo is being shot, it can, of course, quickly look as if it were a Hitler salute when the crowd is heating up.”

Among Us announced the release date of the Airship map