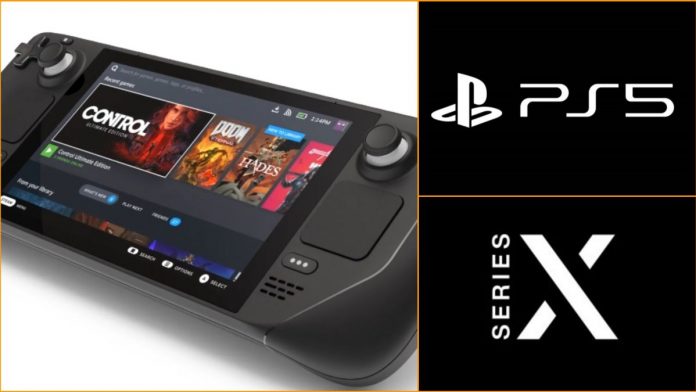 Steam Deck: The modder famous for fixing Dark Souls problems gives us an insight into the performance we can expect from the Steam Deck. Steam Deck has been the big sensation for the last few days; This is Valve’s new portable console and will hit the market next December. Days go by and technical and comparative details continue to appear between the ambitious console and other platforms that we already know. On this occasion, it was During, the well-known modder who at the time released the DSFix patch to solve the problems of Dark Souls on PC, who has compared its specifications with those of PS5, Xbox Series X and other consoles. To continue; the details.

The GPU is similar in speed to the PS4, but its architecture is modern and efficient like those of the PS5 and Xbox Series X. In addition, it emphasizes that the Steam Deck only needs to reach a resolution of 1280×800.
The CPU is around half the power of the PS5 and Xbox Series X, with a lower clock frequency.
As for RAM, its 16 GB is four times that of Nintendo Switch, placing it on a par with PS5.
In addition, he points out that although they are not exact measurements because video games do not work the same in Proton as in Windows, it is an approximation of the performance that we can expect from Steam Deck.