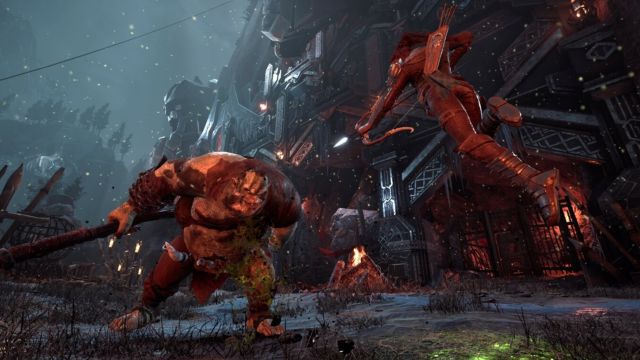 Dungeons & Dragons: Dark Alliance, The Tuque Games game is set in the Forgotten Realms and allows you to play alone or in company. If the master of the dungeon gave them all powers, he did it so that they could reach fantastic worlds full of strange beings, but also to fight against the hideous creatures that threaten to conquer the world. Dungeons & Dragons: Dark Alliance does not have acrobats, but it does have other characters from the Dungeons and Dragons universe. In addition, Tuque Games, the studio behind the video game, has confirmed on social networks that they will add a local cooperative mode with split screen, although it will not arrive until after launch.

“We just announced it during the streaming with developers,” they post on Twitter. “We’ve heard you loud and clear: After the Dark Alliance launches, our top priority is adding split-screen local co-op for two on Xbox Series X / S, PS5, and PC. We are working to get this ready for our first free DLC this summer. ”

Just announced on the Dev Stream: We heard you loud and clear.

We’re working to have this ready for our first free DLC this summer. pic.twitter.com/WkoFimeBHi

What about PS4 and Xbox One?

It should be noted that the tweet only mentions the new generation versions, so it is understood that the game on PlayStation 4 and Xbox One will not add this feature. MeriStation has contacted Wizards of the Coast and we are waiting for them to officially confirm this information.

Dungeons & Dragons: Dark Alliance is a third person action game with RPG touches. The title can be enjoyed alone, but also cooperatively over the Internet. Players will be able to choose from four main heroes, none other than Drizzt Do’Urden, Bruenor, Wulfgar and Catti-Brie, each with their own specific abilities, strengths and weaknesses.

The game is in development for PS4, PS5, Xbox One, Xbox Series X, Xbox Series S, and PC. It will hit the market on June 22 and will be available from day 1 on Xbox Game Pass, Microsoft’s subscription service.

Sylvie Lushton: Meet Loki’s Character and His Role in Marvel