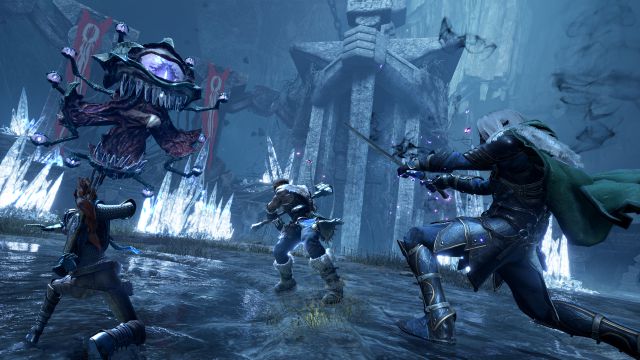 Dungeons & Dragons: Dark Alliance: In addition to a paid expansion, Tuque Games is working on two free downloadable packages with new content and functionalities. Dungeons & Dragons: Dark Alliance is about to hit the market, but Tuque Games, the Wizards of the Coast studio in charge of the project, has advanced its plans for the future. MeriStation has been able to know what are the contents that will be launched soon, both paid and free. There will be three downloadable packages in total, which we detail in the following lines.

The first DLC will be released in the summer and will be completely free. It will include a new story mission, which will come with three unreleased levels. According to the press release, our mission will be to defeat the forces of evil, whose objective is to corrupt the spirit of the forest to use it for their own benefit. In addition, they will implement a functionality that will not be released and that will like those looking for a cooperative experience in the armchair at home. The local cooperative mode for up to two players (four if you play it online) will arrive first on Xbox Series X, Xbox Series S, PS5 and PC; It is also planned for the previous generation, although they have not yet provided a more specific date.

As for the second free DLC, the intention is to have it ready for the fall. It will include new challenges and another extra mission with three additional levels. After the invasion of Kevin’s Cairn by a horde of trolls, the solution is to annihilate them all. Throughout 2021, the Echoes of the Blood War expansion will also see the light of day, with new missions and enemy types. As if that weren’t enough, we can handle a character who uses magic to destroy his enemies.

Dungeons & Dragons: Dark Alliance will be released on June 22 on PS4, PS5, Xbox One, Xbox Series X, Xbox Series S and PC. It is an action and role-playing game in which we will revisit the fantasy world of the Forgotten Realms.