Home Entertainment Dungeons & Dragon Movie Monsters are Not what you Expect (and that’s... 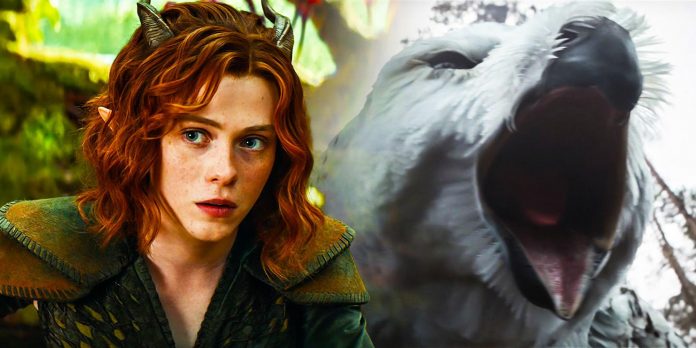 Dungeons & Dragons: Honor Among Thieves covers some of the game’s wildest monsters, which could be a great move for a movie. The first full-fledged trailer of the Paramount Dungeons & Dragons live action movie gave an idea of what to expect from the upcoming fantasy adventure. The mission, taken on by the characters of Chris Pine and Michelle Rodriguez, will involve numerous concepts and creatures from the classic board game.

After months of very scant information about what the Dungeons and Dragons movie will entail, “Honor Among Thieves” finally has a trailer. What was shown in the footage is a live interpretation of the classic Dungeons & Dragons style campaign. In true D&D style, a group of five adventurers will apparently steal a powerful relic and then be forced to defeat the evil they unwittingly set free. Along the way, they will encounter numerous Dungeons & Dragons monsters, which will most likely serve as an obstacle to their goals. The identities of some of these creatures have been confirmed by the “Honor among Thieves” trailer.

In addition to dragons, the trailer featured an owl bear, a mimic and a shifting beast from the Dungeons & Dragons game. All three are lesser—known monsters who were far from obvious candidates for inclusion in the film. A giant polar bear with the face of an owl sounds like a rather ridiculous idea for a monster, but it was chosen by Honor Among Thieves to turn their druid hero into an animal. Something similar can be said about the mimic, a predatory monster that takes the form of a treasure chest to surprise unsuspecting adventurers. And like a black panther with long tentacles on its body, the displacing beast stands out as another unusual choice.

Since there are literally hundreds of monsters that could be used in the Dungeons & Dragons movie, it would be so easy for Honor Among Thieves to avoid the owl bear and mimic, especially since they are both lesser-known monsters. However, the film decided to skip the standard fantasy fare in favor of diving into the craziest and stupidest elements of the board game. Using these creatures not only maintains its comedic tone, but also serves as a great way to highlight Dungeons & Dragons as a world that is completely unique to all other fantasy settings.

As with many other sword and sorcery franchises, there are goblins, orcs, zombies and vampires in the Dungeons & Dragons world that can be used to promote your movie. But since these monsters already exist in many other objects, it makes sense for Dungeons & Dragons: Honor Among Thieves to prove to the audience that it can offer something that no other live action fantasy film can. And thanks to a giant bear with the face of an owl and a chest with teeth, the Paramount movie promises to do just that.

The Bond 26 character to be played by Tom Hardy (this...