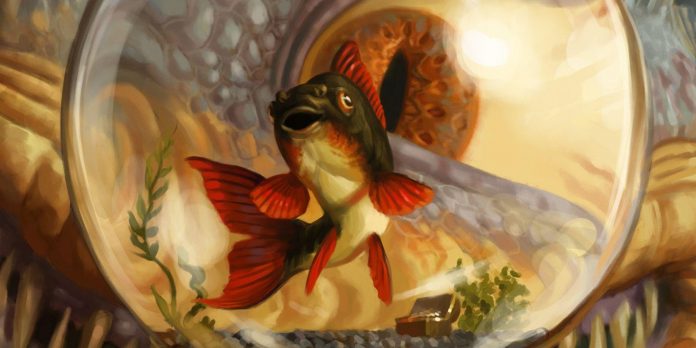 Dungeons & Dragons players are very familiar with the threat of death in the game. The fact that characters who have invested days, if not weeks, of battles, storytelling and knowledge can die forever is part of what makes the Dungeons & Dragons game meaningful. Dungeon Masters, of course, know about this, and the best Masters are very careful about the death of characters. Masters also know that sometimes death is not enough. Dungeons & Dragons players recently shared their experiences regarding when the Masters gave their character a fate worse than death.

In a Reddit thread titled “Besides Death, what else are you afraid your DM Might do to your character?”, Dungeons & Dragon players share their biggest fears and most frightening experiences. The theme is full of terrible ways that the campaign has led to a nightmare for their character, whether it’s a fitting ending, the Master going overboard, or something completely unexpected.

The main comment in the Reddit thread reflects the basic idea of fate worse than death. The Dungeons & Dragons player _Squint explains that their “happy dwarf, father of four children,” loved to tell little stories about his wife and children during his adventures. That is, he liked to tell stories about his family before the DnD campaign villain “stole all the memories of my PC’s wife.” It’s a kind of tragedy that persists, especially for a player who remembers how much their dwarf character loved his wife.

An example of a fate worse than death, built more on the mistakes of the Dungeon Master than on the narrative, is summarized in a short sentence: “Let them survive, although they should have died.” Sometimes the death of a game character is either the natural conclusion of the story, or completely appropriate in this scenario. The fact that they don’t die can deprive the adventure of teeth, destroy the character’s arch and simply reduce the player’s investment as a whole. Doing something that may seem kind may be the biggest mistake of the Master.

There are also plenty of examples of how Dms were just jerks, whether it was because of poor performance or because they thought it was funny. Examples include “undermining” the motivation or personality traits of a Dungeons & Dragons player character, forcing a PC to be unable to control the volume of its voice, unfairly canceling background decisions, or deciding to end a character’s story arc without the player’s participation. One particularly terrible decision of the Wizard is to use the player character as an NPC, at least without first requesting approval.

Many of the answers to this question ultimately boiled down to the fact that Dungeons & Dragons players considered a poorly organized game worse than the death of their character, which is understandable. But how a campaign can go wrong shows how it can go right. Communication and creativity are at the heart of every great decision in Dungeons & Dragons, to the point that they can even create amazing moments when a fate worse than death is what’s needed.