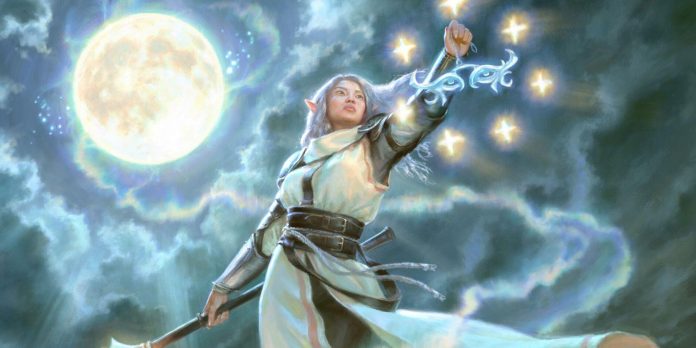 Dungeons & Dragons dungeon masters have spent the last few decades showcasing their creativity to tell their players about exciting adventures. Although one spoken word is more than enough for this, some take the opportunity to use visual or auditory tools to add experience. Figurines, music, cards, costumes and much more are all common DM trading tools. Sometimes the DM does his best in Dungeons & Dragons and spends his time on something particularly unique.

One great example was posted on Reddit last week. On Saturday, Sentient_Fireplace published a post with the headline “The preparation I made for the big dramatic disclosure of my campaign! What do you think?” The post includes a short video depicting a lighthouse near the city with a large moon in the sky. Then they twist the second sheet of paper, and the Moon turns into a huge multi—eyed monster – a real big villain from Dungeons & Dragons.

A brief description of the situation from Sentient_Fireplace set the tone. They explain that a group of their players have completed several encounters involving strange creatures attacking the city. Then the group decides to rest for the night, the moon is shining brightly above them. Much to the group’s surprise, the Moon turns out to be their enemy. Then the Dungeons & Dragons session ended and the players started thinking about what it really means to stand face to face with the Moon.

The trick is a relatively simple creation. They took one piece of paper and drew on it their surroundings, a city in the distance and a camp of players. Then they carved a circle in the sky where their moon was supposed to float. Then the second sheet of paper was cut out in the form of a circle and placed behind the first one, attached with a small metal clip that allowed the back of the paper to rotate. Then they slowly rotated the paper, drawing moon-like shapes through the hole, and then the face of their big bad guy. The result was a Dungeons & Dragons prop where it seemed like the Moon was spinning, revealing its face.

Just two sheets of paper and a little time to sketch — that’s all it took Sentient_Fireplace to create a visual tool that added something special to their Dungeons & Dragons session. There’s nothing unusual about it, but it added an important point, and that’s exactly what a Dungeons & Dragons DM should love to do.

Also in the spirit of DM Sentient_Fireplace plans to introduce an increasingly exciting campaign to fight the moon boss. They describe equipping their Dungeons & Dragons group with survival gear on the moon, and then transporting them to where they will fight the invasion of evil. As always, Dungeons & Dragons is based on creativity.

10 legendary actors who have not yet starred in an animated...