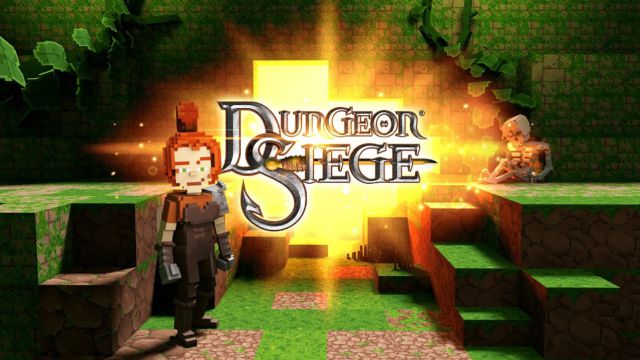 Dungeon Siege: Square Enix, which had already expressed interest in this technology, publishes content for The Sandbox. Ubisoft shared a few weeks ago its agreement for the Rabbids to appear in The Sandbox, a video game that relies on cryptocurrencies and blockchain technology to fuel its business model. Another company that has publicly expressed its support for these new tools is Square Enix, which has just revealed that Dungeon Siege will return as content for this metaverse.

“The Sandbox, a decentralized digital world and a subsidiary of Animoca Brands, today announced its partnership with Square Enix to bring the legendary RPG Dungeon Siege saga to The Sandbox metaverse,” they explain in the official press release.

What does the collaboration consist of?

As they say, the collaboration will offer two different types of content: the first, a Dungeon Siege world that will include “RPG experiences for players”; the second, a series of voxel-type characters and objects that both users and creators can use in the VoxEdit editing tool.

“Dungeons Siege has always been about inspiring adventure, so stepping into The Sandbox metaverse to stimulate players’ personal adventure opens the door to an exciting chapter for the series,” said Square Enix’s Hideaki Uehara. “We can’t wait to see Dungeon Siege come to life in The Sandbox and draw on the inspiration of RPG fans.”

The Sandbox is a title that is reminiscent of Minecraft, in the sense that it introduces a creative aspect as a basis for generating content, always with the blockchain in the background.

The president of the Japanese company, Yosuke Matsuda, said in his year-end message that he expects NFTs to become a trend in the video game industry. However, this technology has also opened strong debates against it, even within companies that have developed projects in this regard, such as Ubisoft.