Home Entertainment Dune: The Annoying News Came From The Movie! 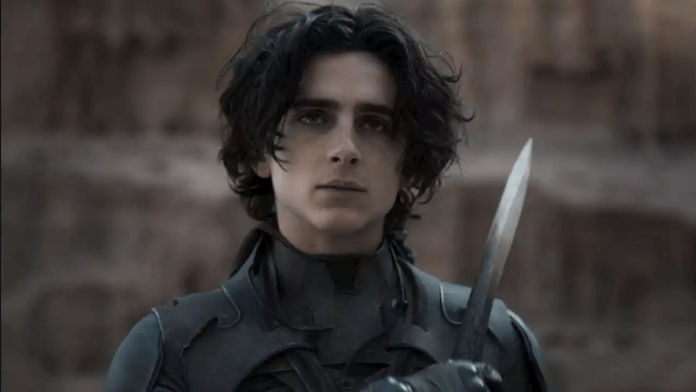 Dune has been postponed. Unfortunately, we will have to wait a while for the Dune movie. Warner Bros. postponed the highly anticipated science fiction movie again.

The world-famous science fiction novel Dune was getting ready to meet its fans with a feature film. The film, produced by Warner Bros., unfortunately seems to keep us waiting for a while. The movie, which was planned to be released last year under normal conditions, had to be postponed for a long time due to the COVID-19 outbreak.

Warner Bros. Along with his statement, he announced that the film has been postponed again. The producer company, which changed the release date of two more films, unfortunately pushed the highly anticipated film forward by three weeks.

Dune will mink on October 22!

The movie Dune, which will be an adaptation of the book series with the same name, released in 1965, will deal with the events in the first book. Written by Frank Herbert, the series has a fairly large fan base. However, the place of the six-book corpus in the world of literature is undoubtedly very important. Dune, which will keep its fans waiting for a while due to the delay, will premiere at the Venice Film Festival.

The reason for the delay of the science fiction Dune film, which was previously planned to be released on October 1, was due to the mixing of the productions of Warner Bros. The producer company changed the location of many films abruptly. The Many Saints of Newark, which will welcome us as the prequel to The Sopranos, has also been delayed. Production has been moved from September 24 to October 1. However, the other movie, Cry Macho, which had a change in its calendar, was shot to a closer date instead of being delayed.

Directed by Clint Eastwood, the adaptation film will be brought forward one month instead of October 22, and will be released on September 17. Warner Bros. It will release all three movies whose dates it changed, simultaneously with the theaters, on the HBO Max platform. Thus, the producer company aims to attract more users to its digital platform. Let’s see if the Dune movie, which has high expectations, will be able to collect the appreciation of its fans.