Home Entertainment Dune, How Did You Debut At The Box Office? First Details Of... 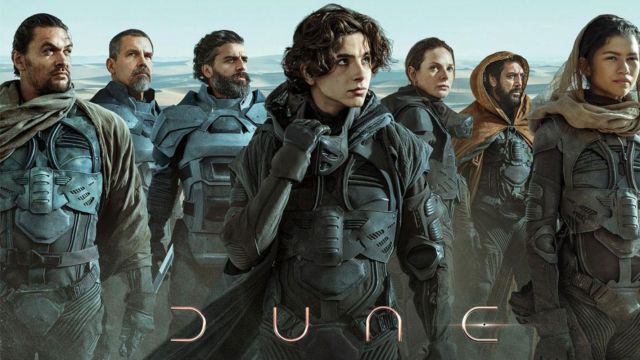 Dune: Denis Villeneuve’s film begins its journey in a total of 24 markets; It will not be released in the United States until next October. Denis Villeneuve’s long-awaited new film based on the first part of Frank Herbert’s novel, Dune, debuted in theaters this past weekend with a gross of $ 35.8 million in a total of 24 territories; Spain included. The expectation was and continues to be highest around this space opera, which is de facto one of the best-rated films of the year as well as ambitious for its staging. The filming of a second part that concludes this story will depend on its performance at the box office. Experts value this start as positive and promising.

Dune Kicks Off With $ 35.8 Million At The Box Office; America waits

Dune has ranked first at the box office in almost all countries where it has been broadcast. The country that has raised the most money has been Russia with 7.6 million dollars and a strong projection in more than 2,100 cinemas. France follows with $ 7.5 million in 892 cinemas; Germany, with 4.9 million dollars in 900 sites; and Italy with 2.6 million dollars in 740 theaters. From Spain we only know that Dune has been the highest grossing film of the week, not how much it has managed to raise.

The delays derived from the pandemic and the consequent fear of it on the part of Warner Bros. Pictures and Legendary Pictures have meant that the premiere of Dune has been structured in different dates, depending on the region. Viewers in the United States will have to wait until October 22, 2021 to see it; It will be there where a large part of the world collection is concentrated. Especially knowing that HBO Max, HBO’s premium platform heading to Spain, will have it in its catalog from day one. The production of the film has had a budget of 165 million dollars.

A recent case that can serve as a photograph of the current state of attendance in theaters for major film events is found in Shang-Chi: The Legend of the Ten Rings, which debuted with $ 20.3 million in international territory (outside the United States). Unidos) on their first weekend. So far it has raised $ 320 million.