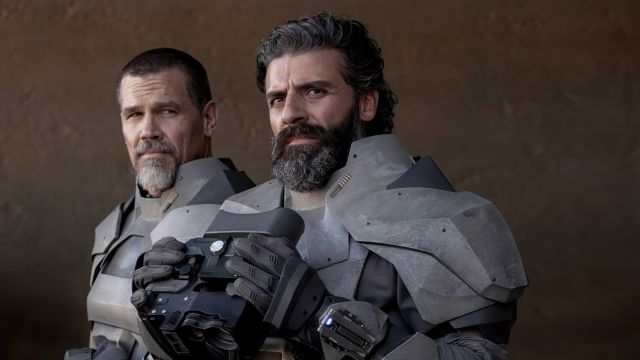 Dune: The film will premiere in Spain on September 17, although in some territories it will also reach the HBO Max platform. Science fiction lovers have an unavoidable date with their favorite movie theater. Dune is a reality and will finally be released worldwide. This film based on the work of Frank Herbert has not had it easy, since the coronavirus has found its way to Arrakis. Be that as it may, Warner Bros has just presented the main trailer for the film, which you can see in this news.

The synopsis takes us to Arrakis, a desert planet where the Harkonnen family has ruled for generations. However, the domain now rests with the House of Atreides, after the emperor ceded to this house the exploitation of the reserves of spice, an essential raw material within the galaxy. At the same time it is a very powerful drug that broadens consciousness and extends people’s lives.

A film by Denis Villenueve

This long-awaited production is directed by Denis Villenueve, a director who is already familiar with the genre, as he is also responsible for Blade Runner 2049 and The Arrival. As for the cast, actors such as Timothée Chalamet (Call Me by Your Name), Rebecca Ferguson (Mission: Impossible – Fallout) and Oscar Isaac (Star Wars: The Rise of Skywalker) participate. They are followed by Zenda (Spider-Man: Homecoming) or Sharon Dundan-Brewster (Rogue One: A Star Wars Story), among many others.

The swing of release dates has been the daily bread with Dune. Due to the coronavirus crisis, Warner Bros has been adjusting and delaying the dates until it has finally found the final accommodation. Spanish viewers will have the opportunity to see it in theaters on September 17, while in other territories such as the United States it will debut at the same time on HBO Max, a platform on which Warner films are finding their place in the time of coronavirus.