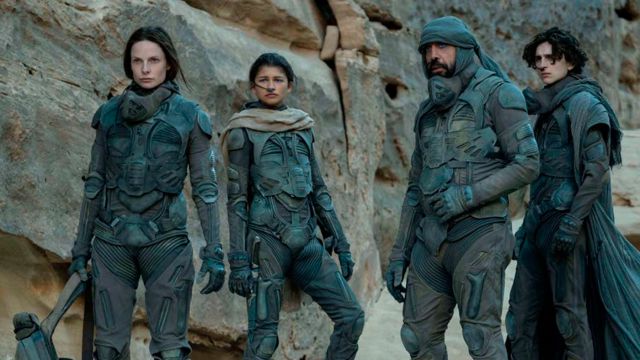 Dune confirms: Dune, the new and long-awaited science fiction film by Denis Villeneuve that represents the return of an icon of the genre, already has a release date in Spain. So much so, that the film will hit European theaters on September 17, 2021, more than a month before its scheduled release in the United States, set for October 22. Recall that Dune, like many other films planned for this last year, has suffered several delays due to the global pandemic of the coronavirus.

ensuring that Dune, the new blockbuster based on Frank Herbert’s novel, maintains its original date in Europe despite the recent delay of the film in US cinemas and HBO Max. All this after going through the Venice Festival, where it will be screened for the first time on September 3, including a red carpet with its main leaders, although outside the contest.

As a curiosity, Warner Bros. France has confirmed that Dune will be released in its cinemas on September 15, two days earlier than in our country. The new version of Dune boasts a spectacular cast full of stars such as Timothée Chalamet (Call Me by Your Name), Rebecca Ferguson (Mission: Impossible – Fallout), Oscar Isaac (Star Wars: The Rise of Skywalker), Josh Brolin (Avengers) : Infinity War), Stellan Skarsgard (Avengers: Age of Ultron), Dave Bautista (Guardians of the Galaxy), Zendaya (Spider-Man: Homecoming), Sharon Duncan-Brewster (Rogue One: A Star Wars Story), Charlotte Rampling (Assassin’s Creed), Jason Momoa (Aquaman) and Javier Bardem (No Country for Old Men).

Super Mario 64 Copy Became The Most Expensive Game With $...