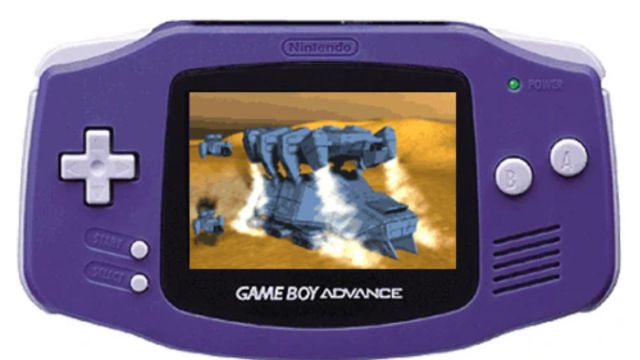 Dune: The title, which was never officially released, will also remove all references to Frank Herbert’s work, as it no longer has the rights. Dune, the new adaptation of Denis Villeneuve (The Arrival, Blade Runner 2049, Enemy) is giving a lot to talk about since its premiere in theaters. It does not surprise us; Frank Helbert’s long-lived work has a veritable legion of followers. A work that has not only given us good times through movies and books, but also in video games. During the 90s, several hit the market, but there was one that never saw the light of day due to an unexpected cancellation: Frank Herbert’s Dune: Ornithopter Assault for the Game Boy Advance. It has rained a lot since then, and when we had practically forgotten about it, everything indicates that we will finally be able to enjoy it, with nuances.

Now it is called Elland: The Crystal Wars and The Retro Room Games plans to officially release it if it gets funding through Kickstarter. It is an action title based on the Frank Herbert universe, although now it no longer owns the rights to the license, hence the studio has decided to change its name and is working to remove all the references it includes. If all goes well, over the next few months it will begin its campaign in search of raising the necessary funds (figures have not yet been specified).

After the cases we’ve seen over the past few years, to this day we are not surprised that Nintendo’s laptop continues to receive releases. There are retro lovers determined to recover projects that did not come to fruition with the intention that they see the light, no matter how long it has been. The latest we’ve heard of is the promising Goodboy Galaxy, an action adventure that managed to surpass € 200,000 on Kickstarter (target goal was € 18,000).

Elland: The Crystal Wars will seek funding via Kickstarter in the near future. The campaign has not started yet, but you can sign up to be notified as soon as it does.

Where to Get Quadwing Indulgence in Xenoblade Chronicles 3