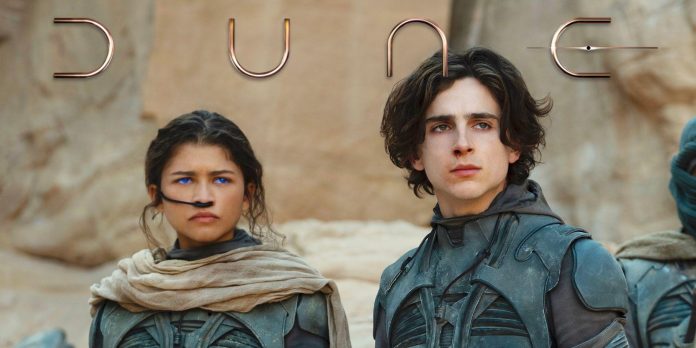 Production has finally begun on “Dune: Part Two,” Denis Villeneuve’s long-awaited sequel to the 2021 adaptation of Frank Herbert’s science fiction novel. The news was confirmed on social media with a behind-the-scenes photo.

The official Twitter account of the film, which will be released in theaters in November 2023, announced the start of production by sharing a photo with a firecracker. “We are working. The production of “Dune: Part Two” has begun. #DuneMovie,” the caption reads. According to Variety, the filming of “Dune 2” is currently taking place in Budapest, Abu Dhabi, Jordan and Italy. According to the official synopsis of Warner Bros. Pictures and Legendary Entertainment, the sequel will “explore the mythical journey of Paul Atreides as he teams up with Chani and the Fremen while on a revenge trail against the conspirators who destroyed his family. Faced with a choice between the love of his life and the fate of the known universe, he tries to prevent a terrible future that only he can foresee.”

The first part of the Dune franchise was released in theaters and on HBO Max in October 2021. The film was a commercial success, grossing $108 million domestically and $401 million worldwide. It also received critical acclaim, receiving ten Academy Award nominations, including for Best Film. As a result, Dune won six Oscars: music, sound, editing, cinematography, production design and visual effects.

Earlier this month, Javier Bardem, who played the leader of the Free Stilgar, teased fans about what they can expect from the upcoming sequel “Dune”. “I was very touched by it. It’s a full movie, and you can feel its weight, and at the same time [you can enjoy] its entertainment,” he added.

In addition to the sequel, an additional series dedicated to the Bene Gesserit is in the early stages of development. The premiere of the series titled “Dune: Sisterhood” will take place on HBO Max, and the director of “Chernobyl” Johan Renk will shoot the first two episodes. These two long-awaited projects show that the Dune universe is just beginning.