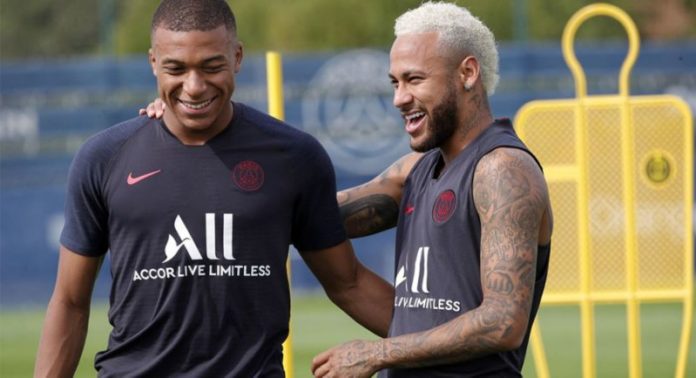 Dugarry: “Mbappe is getting Neymarized”. “I wanted to show again that it is difficult to do without me,” said Kylian Mbappé, after his three goals against Bruges (0-5) for the Champions League, after starting the game sitting on the bench. This phrase of the young world champion did not go unnoticed in France. And Christophe Dugarry himself defined the present of the PSG striker with a particular sentence: “Mbappé is Neymarizing.”

For the French former soccer player, the ex-Monaco’s statements are “awkward.” He added: “The rest of his interview was perfect. He talked about his teammates, the team … But this phrase bothers me. Maybe it is difficult for Mbappé, but it is so important to be a good person as a good footballer. I do not say that it is not, but has already made several statements of this kind.

Can Neymar be a negative influence? “I would prefer to go out with Gueye, Ander Herrera or Di María. It is more fun to be with Neymar than to spend time with evangelists, but well … I am afraid that the dream I had with this boy has broken, I have a feeling that things can quickly change to bad, ”said Dugarry.

The former Gallic footballer, considered one of the worst signings of Barcelona, ​​also stressed that in Mbappé “an individualistic approach is perceived”. And he finished: “I don’t want to see a war of egos, statistics.”