Home Entertainment Duchess Kate wears a military uniform during a visit to the Armed... 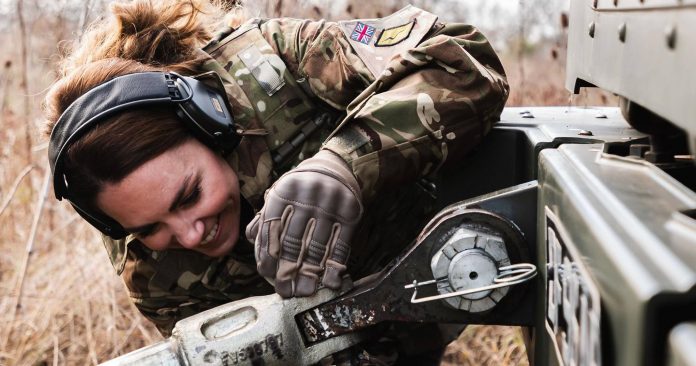 Duchess Kate through the years: from a commoner to the future Queen Consort

“Today, on Armed Forces Day, William and I would like to pay tribute to the brave men and women of the past and present who have served in all of our armed forces, at sea, on land and in the air, here in and around the UK. the whole world,” the 40—year-old Duchess of Cambridge signed the carousel on Instagram on Saturday, June 25. “Thank you for everything that you and your families sacrifice for our safety. It was an honor to spend time with @BritishArmy last year to see how they train maintenance staff and recruits.”

She added: “It’s been wonderful to see first-hand the many important and diverse roles that the military plays day in and day out to protect us all, and I look forward to learning more about @RoyalNavy and @RoyalAirForceUK in due course.”

The evolution of Duchess Kate’s style is really remarkable

Kate, who signed her personal message with the initial “C”, was photographed in the traditional uniform of military personnel on duty as she handled equipment and met troops.

A few days before Kate revealed her military visit, she and the 40-year-old Duke of Cambridge celebrated the publication of their first official portrait together. The couple, who married in April 2011, on Thursday, June 23, visited the Fitzwilliam Museum of Cambridge University to look at a painting by Jamie Coret.

“It was the most extraordinary privilege in my life to be chosen to paint this picture. I wanted to show their royal highnesses in a way that made them look both relaxed and open, as well as elegant and dignified,” Koret told the BBC on Thursday. “Since this is the first portrait of them together, especially when they were the Duke and Duchess of Cambridge, I wanted the image to evoke a sense of balance between their public and private lives.”

A royal romance! Chronology of the relationship between Prince William and Duchess Kate

Throughout the couple’s public life, William, for his part, spoke openly about his military past. He previously attended the Royal Military Academy at Sandhurst before becoming a lieutenant in the Royal Air Force.

“I live every day to hope to do what [my brother, Prince Harry] does [in the army], because otherwise what’s the point of doing all my training?” Earlier in June 2014, William told the Today show about the possible deployment of the military, despite his place in the royal line of succession.

The box office of Top Gun Maverick is very different from...