Home Entertainment Dubium Is The AAA Answer To Among Us With “Stunning 3D Graphics... 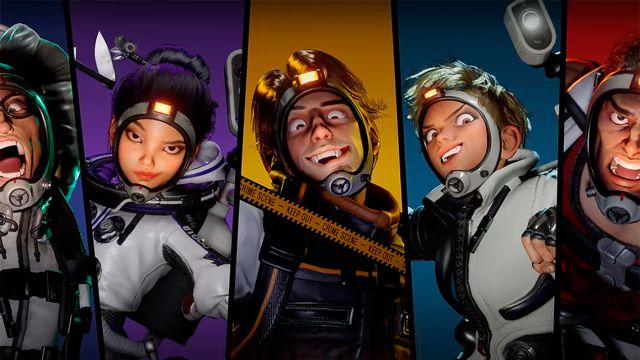 Dubium: Mumo Studio presents its new video game in the purest Among Us style, a multiplayer in space with a hidden impostor; will arrive in 2022 for PC. Dubium is a new video game in the purest Among Us style, although with an AAA staging with “impressive 3D graphics and mechanics”, as claimed by its creators at Mumo Studio. It is a multiplayer title that will arrive on Steam at some point in 2022, on a date yet to be specified and that is already visible through its first trailer and images, betting on the latest graphics with very cool animations. well cared for and novelties at the gameplay level.

Dubium: a AAA cut Among Us for PC

Thus, according to its creators via The Gamer, Dubium is a competitive multiplayer for up to five players set in a space station with serious problems and in which the astronauts who are there must cooperate to get out of such an awkward situation alive; the problem is that one of the players will be the traitor whose objective will be to sabotage the facilities and destroy the rest of the crew without being detected by the rest.

As we can see, the proposal is the same as that of the popular Among Us, although in this case its creators intend to address the genre through a state-of-the-art audiovisual section, with cartoon-style modeling that may be reminiscent of an animated film, with very neat animations and all kinds of visual wonders.

On the other hand, the novelties in the playable are marked by the great possibilities of customization of the characters and the devices that they can use during the games, changing skills as the game takes place to adapt to the different circumstances. All this without forgetting the target to which it is directed, with options that the spectators of the games can participate in one way or another, as their managers assure.

At the moment Dubium does not have a specific launch date, although its creators assure that it will arrive in 2022 through Steam.

Virgin River: Producer Talks About The Future of Mel and Jack...