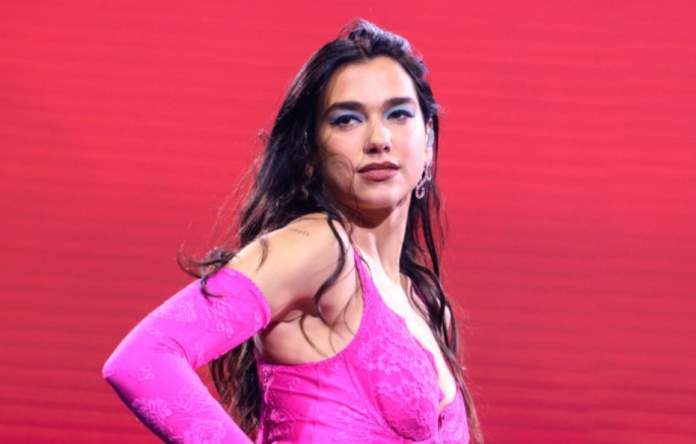 “I support the women of Iran”

Dua Lipa shared her support for women in Iran after a number of recent protests in the country.

The musician posted on Instagram yesterday (October 8) to share a post about the recent deaths of young women in Iran as protests continue following the death of 22-year-old Masha Amini.

Amini died in Tehran early last month (September 16) after being arrested for not wearing a hijab in accordance with state standards. Police said she suffered a heart attack at the unit, although witnesses claimed authorities had severely beaten Amini.

Lipa shared several photos of women on Instagram who have also since died. She wrote: “16-year-old Sarina Esmailzadeh was beaten to death by Iranian security forces for protesting for women’s rights in Iran. Nika Shakarami, 16, was killed after burning her headscarf in protest. Hadith Najafi, 23, shot several times during demonstrations provoked by the death of 22-year-old Mahsa Amini after her arrest by the country’s vice police.”

She continued: “Only four young women out of more than 100 protesters will pay with their lives,” Lipa continued in her post. “It is estimated that another 1,200 people are in police custody. Please don’t turn away, keep the world in sight. Each of us can borrow his platform, and together we can make some noise. I support the women of Iran.”

In September, Lipa also expressed support for women on Twitter. “The images of women protesting in the streets, cutting their hair and burning hijabs are one of the most powerful and inspiring things I’ve seen in many years,” she said at the time.
“To any listeners in Iran or from Iran: we see you, we hear you and we stand in solidarity with you.”

Lipa is one of several musicians who supported the women of Iran. Others included Halsey, Bebe Rex, Pearl Jam, Justin Bieber, Ricky Martin and Jungblood.

“I’m fucking angry right now, and every time something like this happens in the world, I ask myself if I’m going to fucking talk about it or not,” said Yungblud, speaking on stage recently, addressing the protesters.

“But there are thousands of you there, and thousands are watching at home. So I don’t have a fucking choice today. Last week in Iran, a young girl named Mahsa Amini was killed for wearing her hair without a hijab.”

“The right to self—expression is your right, and only your right. Since last week, the Internet has been turned off in some places in the country of Iran, which means that they cannot communicate with the rest of the fucking world. Therefore, we must speak for them.”

What is Reddit r/place and why it caused conflicts between…