Home Music News Dua Lipa on the breakthrough in cinema: “For me, these are baby... 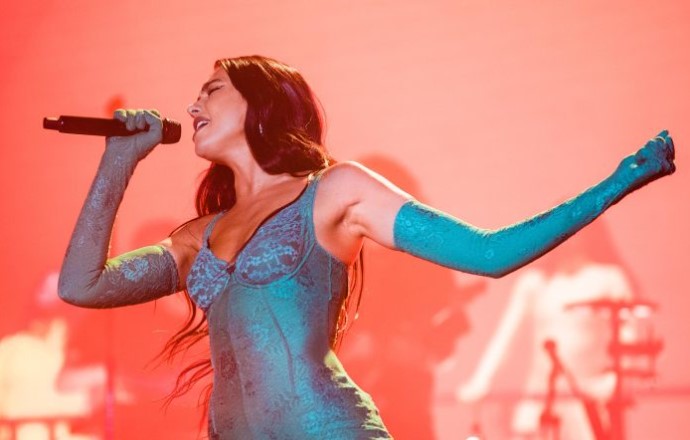 She is starring in the upcoming spy thriller Argyle with Henry Cavill.

Dua Lipa spoke about her first foray into acting.

The pop star is playing an unnamed role in the upcoming Apple TV+ spy thriller “Argyle,” which is scheduled to be released next year alongside Henry Cavill.

Lipa addressed her acting debut in a recent episode of her podcast Dua Lipa: At Your Service on iHeartMedia.

Speaking about this episode with Schitt’s Creek creator and star Dan Levy, Lipa reflected on the filming of the film. “I really had a great time and it was really exciting, but I think it’s like baby steps for me,” she said.

“I think it’s also just the best way to open yourself up. Instead of rushing into the abyss with something that you may not be able to handle completely. For example, I think my biggest fear would be to take on a really big role and be, like, fucked up. Now I have to, like, be an actor and feel these emotions and feelings on camera when I haven’t, you know, brought myself to this yet. But definitely very interesting.”

Earlier this year, the first look at Cavill and Lipa in Matthew Vaughn’s upcoming film was published — see below.

The film, based on the currently unpublished novel by Ellie Conway, features the Cavill and Lipa ensemble, as well as Bryce Dallas Howard, Sam Rockwell, Bryan Cranston, Catherine O’Hara and Ariana DeBose, as well as John Cena and Samuel L. Jackson.

According to a press release, the film “tells about the adventures of a superspy named Argyle in the USA, London and other exotic places.”

Meanwhile, in other Dua Lipa news, the singer recently revealed that she feels more “in control” over her upcoming new album than ever before.

Her follow-up to her 2020 hit “Future Nostalgia” was first teased in January when Lipa said she “did a big piece of writing” for the new album.

In March, the pop star announced that the album was “50 percent ready” and “starting to take shape.”

She has since revealed even more about the new album, telling Vogue Australia: “When I write my new album, I feel even more liberated in a completely different way. And even better than I thought.”