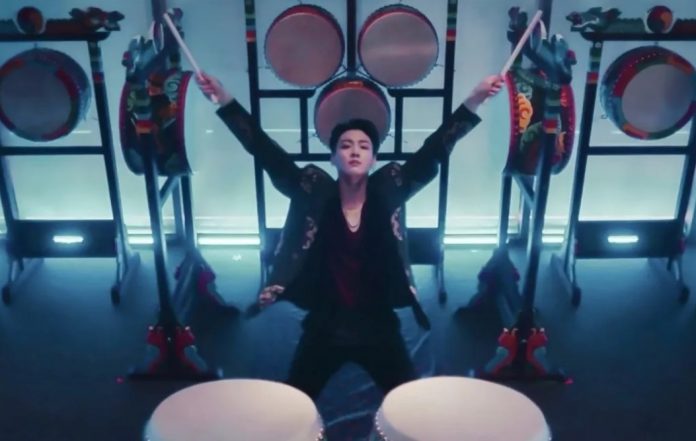 Jungkook is a very talented idol for music and dance, he has not stopped demonstrating his skills on stage and captivating the hearts of ARMY.

The idols of BTS are multitalented, each and every one of them shines thanks to their skills and abilities for music; Jungkook is a very artistic idol , not only does he have good skills for music , he can also paint and draw, leaving the discipline but staying in the art .

Besides singing , dancing, writing, and composing, JK also plays some instruments such as the guitar , the drums, and even the saxophone ; That is why we can find more of his talent and authenticity in music and ARMY loves to see when the idol picks up one of his instruments and starts playing.

If you have not seen Jungkook playing the drums yet, you must see the incredible show that the idol prepares, without a doubt something that every fan should admire, because he puts all his effort and dedication into music, in which we can see that it is his true passion.

As ambassadors to promote Seoul , BTS appeared in a new video where they break schemes with their visuals and model for cameras in a new promo for the campaign in which they are participating; in this promotional video , we can see Jeon Jungkook playing some traditional drums of Korea of the South .

This video set ARMY’s heart racing with Jungkook’s talents even for an instrument that may not be a drum set itself but this traditional drum called ‘ Junggo ‘ is a lot like one and JK looks great playing it.

In other BTS news , the ‘ Permission to Dance Challenge ‘ video premieres today featuring Bangtan’s favorite videos and a special interview.

Learn How To Duet On TikTok