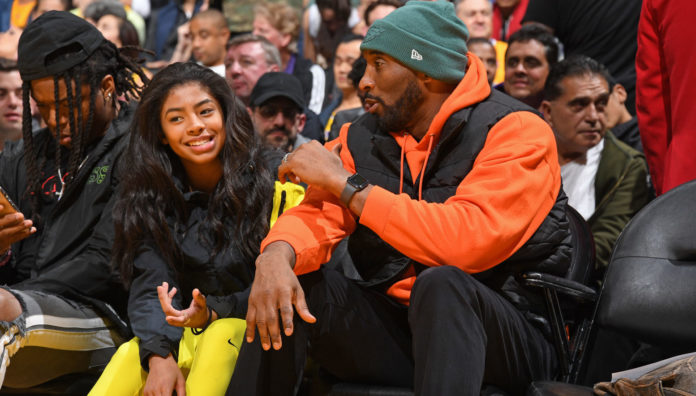 The drone footage of the wreckage that occurred after the helicopter crash in Los Angeles, where NBA legend Kobe Bryant and his 13-year-old daughter Gianna died, were shared. In these images, we see how wide the wreckage has spread.

On the morning of January 26, one of the biggest tragedies in sports history took place. The helicopter, carrying 9 people, including Kobe Bryant, one of the biggest players in the basketball world, and his 13-year-old daughter Gianna , crashed on a hillside in Calabasas, Los Angeles. Officials announced that there were no survivors of the accident, which was estimated due to heavy fog.

The legendary basketball player, who said goodbye to basketball in 2016, made his 20-year career NBA championship 5 times with Los Angeles Lakers . Bryant, the fourth highest-scoring player in NBA history, had 18 times the NBA All-Star success. Her 13-year-old daughter Gianna , who said “she will continue my heritage,” was following her father’s footsteps. Said to have a tremendous talent, Gianna will unfortunately not be able to step back on her beloved parquet.

Sikorsky S-76B model helicopter departs from John Wayne Airport on Sunday morning, according to officials from the US National Transportation Safety Board (NTSB) . Rotating over the city of Glendale for 12 minutes, the helicopter quickly increased its altitude to avoid a large cloud cluster. The helicopter, which started to fall rapidly after climbing up to 700 meters, crashed on a hillside at an altitude of about 330 meters .

Today, aerial images of the debris area stretching over 150-180 meters on rough terrain were shared with the drone . The images shot by NTSB reveal the size of the accident. If you wish, let’s not extend the word further and leave you alone with these images.

Drone footage of the wreck area of ​​the helicopter crash where Kobe Bryant died:

It turned out: This is the new monogram of King Charles...