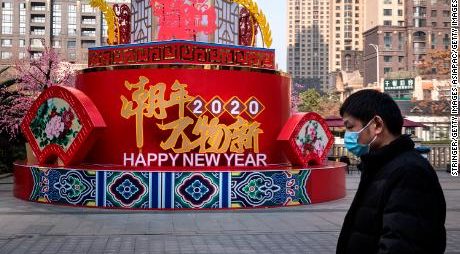 It was visualized with an ongoing quarantine drone in Wuhan, China, where the Corona virus was first detected. The published images show the empty streets of the city where the quarantine has been going on for two weeks.

The city of Wuhan in China was the first location where the corona virus, which currently affects thousands of people and killed about 500 people, was detected. After the Corona virus was detected, it was declared quarantine on 23 January in Wuhan.

Wuhan residents live in one of the biggest quarantines in human history. With the quarantine announced on January 23, all public transport in the city was stopped. Along with public transportation, the use of personal vehicles in the city was also prohibited throughout the quarantine. Except for grocery stores, hospitals and law enforcement centers, the city’s roads, where all institutions are closed, contain only official vehicles and food-carrying vehicles.

With about 11 million people living with quarantine, Wuhan has become a ghost town. The streets and roads of the city were blank in the footage shot by ABC News. The video only shows two official vehicles on the road and a bike.

Fei Chen, an urban design expert at Liverpool University, said that stopping public transport would prevent people from traveling in bulk, preventing the spread of the virus.

Large public buildings and stadiums have been turned into hospitals because hospitals in Wuhan are inadequate for people suffering from virus outbreaks.

Video showing the empty streets of Wuhan, where the quarantine has been running for 2 weeks:

Bladder of Chinese Man Drinking Bottles of Beer and Keeping His...