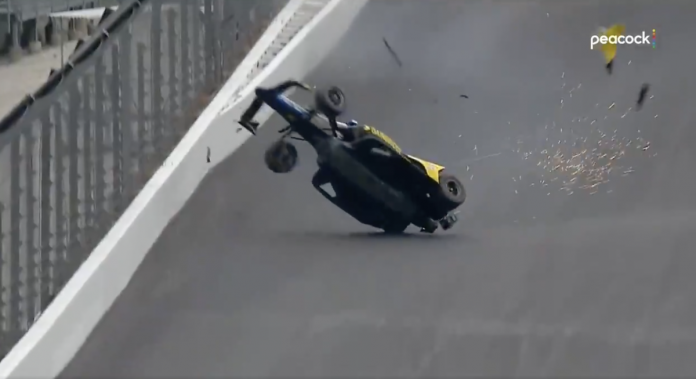 IndyCar driver Colton Herta was involved in a horrific accident during Friday practice before this weekend’s Indy 500 race.

Herta lost control of his car, making a sharp turn and crashing into the track wall. Then his car flew into the air and overturned.

Fortunately, Herta was able to walk away from the accident without any serious injuries.

The racing world reacted to this brutal accident on Twitter.

“A successful escape… why do these cars so often take off into the air??? this is a huge security issue that has always existed,” one fan asked.

“#Indy500 can be cruel. Even training,” another added.

Gert has already been discharged from the Indiana University Emergency Medical Center after being examined after the accident.

“He came by himself and didn’t complain,” Dr. Billows said via IndyStar. “His initial concussion screening is clear.”

“It happened very quickly,” Herta said. “I’m fine… I’d be fine if I went back there, but the car is wrecked.”

Violation: according to reports, a decision has been made to expand...