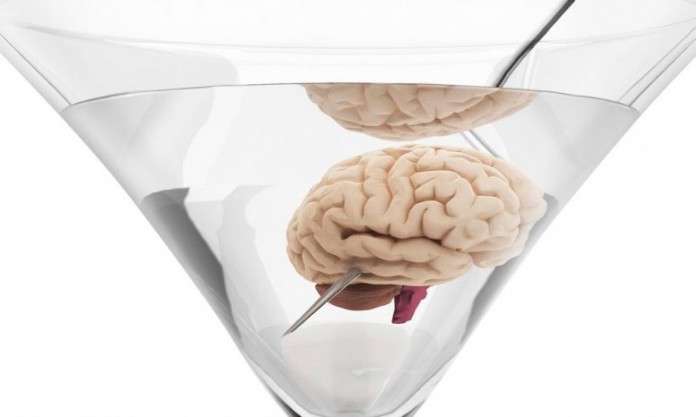 A new large-scale study by the University of Pennsylvania has revealed the damage that regular alcohol consumption does to the brain. While it was observed that the volume of the brain decreased as the amount of alcohol consumed by the person each day increased, the ratio between the two was not linear.

Many studies to date have revealed that moderate alcohol consumption has certain health benefits. Beer is known to prevent inflammation and kidney stone formation, strengthen bones and benefit the heart, while wine has been proven to have an anti-diabetic effect. But a new study has revealed an alarming harm from alcohol consumption. Nor was the study a small-scale study.

The new research, conducted by the University of Pennsylvania, was conducted by examining brain MRIs of a total of 36,678 individuals. Research examining middle-aged and older individuals showed that regular consumption of alcohol equivalent to two beers or two glasses of wine a day causes brain damage and loss of volume equivalent to aging for 10 years.

As alcohol consumption increased, so did the damage to the brain.

This study, which was much more comprehensive than previous similar studies in terms of the number of individuals examined, showed step by step the damage that alcohol does to the brain. Accordingly, switching from zero alcohol consumption to half a glass of beer a day reduced brain volume as much as the 6-month aging period. Moreover, the effect did not increase linearly as alcohol consumption increased.

On the other hand, the research does not address other factors that affect people’s lives, as it is only based on correlation. The study examined individuals with only the ‘drinker’ pen. This means that the results may not be completely consistent.