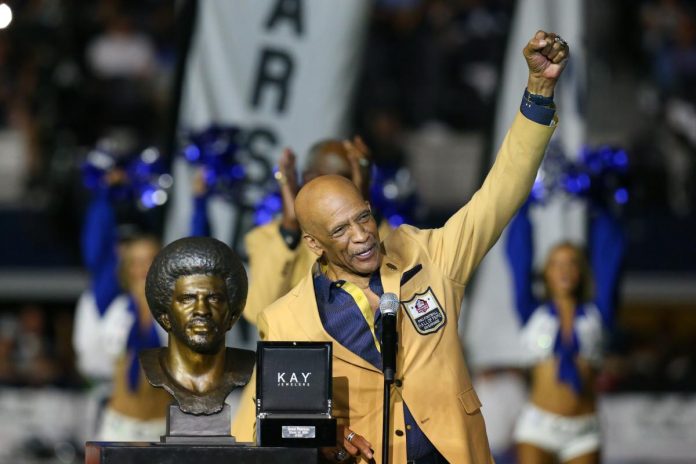 Dallas Cowboys legend Drew Pearson has finally been inducted into the Pro Football Hall of Fame, and this has greatly increased his respect for his current fellow Hall of Famer.

“I am praying with my brother @ProFootballHOF Len Dawson, who has been admitted to a hospice in Kansas City, and his family at this difficult time,” Pearson wrote.

Pearson’s message was received positively, it was shared and supported by many Cowboys and Chiefs fans.

Len Dawson was the fifth overall pick of the Pittsburgh Steelers in 1957, but did not establish himself as a starting quarterback until he joined the AFL Kansas City Chiefs (then — Dallas Texans) in 1962.

In the last AFL season before the AFL-NFL merger, Dawson became the most valuable player of Super Bowl IV, which led the Chiefs to an absolute victory over the Minnesota Vikings.

Dawson’s 6.4 percent touchdown rate ranks fifth in NFL history. He was inducted into the Pro Football Hall of Fame in 1987.

Our hearts go out to Len Dawson and his family at this difficult time.