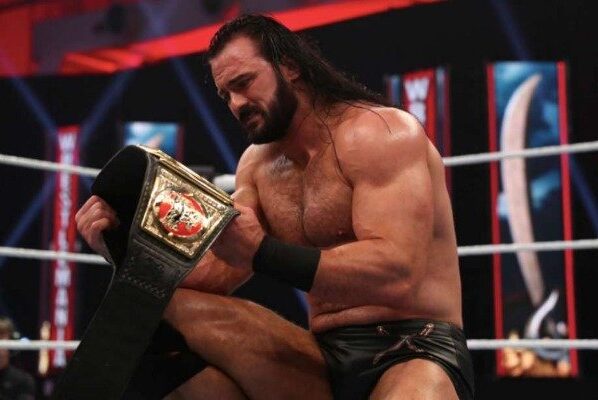 The current Raw champion answered a series of questions about the company.

Drew McIntyre is loved by a large part of wrestling fans. He currently has the Raw belt on his shoulder and has held it on more than one occasion. Drew had the opportunity to speak with Gary Cassidy at Sportskeeda about WWE promos that are not written. In other words, the champion commented on having a promo without a previous script for the bouts.

“I mean, inevitably, it all comes down to Vince McMahon being fine with everything and, if it’s working, he’s going to be fine with it. I can’t exactly pin down, but Paul Heyman recently reminded me of a promo I did, it was after a RAW that had ended, in a Cage Match and he basically said, ‘Go buy some time.’ I went out, sat on the barricade and it was just me, it was Drew Galloway, I interacted with the crowd and I remember the fans stopping and turning around, and coming down because I was having fun, being silly, being the real Drew: being sarcastic Telling jokes isn’t fun half the time and that’s my real self, but when the bell rings, they also know I’m going to kick their butts.

Remind you that Drew will defend the title against Bobby Lashley at Backlash in the coming weeks.

“If you look at the pieces of paper that say words on them before I go out there, I’d be shocked if you found four that actually came out on television.”@DMcIntyreWWE told me how Vince McMahon & Paul Heyman have given him the freedom to just be himself in WWE.@SKProWrestling pic.twitter.com/gASURL6iqI

Do you think Drew McIntyre’s WWE World Championship will change hands and we will see Bobby Lashley as the new champion at WWE Backlash?

IDOLS THAT WERE NOT RECOGNIZED IN PUBLIC