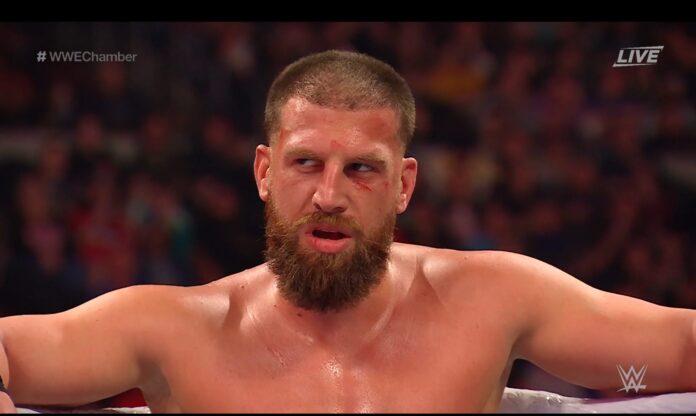 Participated in this week’s SmackDown recordings

News about Drew Gulak’s contractual situation with WWE. As reported by the specialized journalist, Dave Meltzer, in a recent edition of the Wrestling Observer Newsletter, Gulak would have signed a new agreement for several years with the Vince McMahon company, although no data was given on the specific duration of it.

Meltzer has also pointed out that Gulak was contacted by other companies, as the 90-day non-competition clause would not affect him. However, he rejected them all, making it clear, in the journalist’s words, “what was Drew Gulak’s intention.”

It should be remembered that Gulak’s contract with WWE expired a few weeks ago and that the fighter himself was the one who would have decided not to renew. At the time, Meltzer explained that the fighter’s departure was due to a lack of agreement at the economic level. WWE did not want to increase Drew Gulak’s salary in the contract renewal negotiation, explaining that it was one of the many consequences of the cuts made by the company due to the global pandemic of COVID-19.

However, and according to what has been reported this week, Drew Gulak and WWE would have reached a new agreement because the fighter would have already been part of the latest recordings on SmackDown, so we can see him very soon on television.