Home Entertainment Dreamcatcher shared a brief overview of all the tracks from the upcoming... 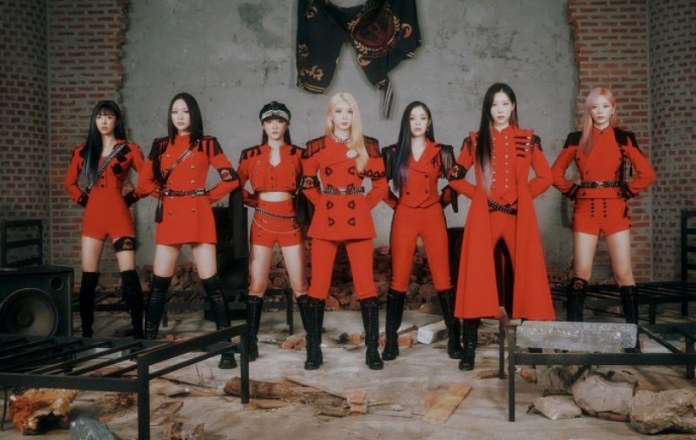 K-pop girl group Dreamcatcher has announced all six tracks from their upcoming mini-album “Apocalypse: Follow us”, the next installment of their “Apocalypse” series.

On October 7, at midnight Korean time, a group of seven people shared a clip announcing all six tracks from their mini-album “Apocalypse: Follow us”, which is due to be released on October 11 at 18:00 Korean time.

“Apocalypse: Follow us” will be led by the single “Vision”, co-written by Jun, one of the South Korean indie band Glen Check. This song and all the other tracks on the record were also written and composed by longtime Dreamcatcher collaborators Ollouner and LEEZ.

“Now for me /A swamp full of anger in the sky / Deep thunder/ Raise the flag on the land we defended and fight again / I can’t stand it, I can’t hide anymore,” the Dreamcatcher sings on a fragment of the title track “Vision”.

The upcoming album also includes the intro and outro songs “Intro: Chaotic X” and “Outro: Mother Nature”, as well as the B-sides “Fairytale”, “Some Love” and “Rainy Day”.

“Apocalypse: Follow us” is the second part of Dreamcatcher’s ongoing “Apocalypse” series, which they started in April with their second studio album “Apocalypse: Save us”, led by the title track “Maison”. The release was dedicated to the topics of environmental protection and climate change.

There were a total of 14 tracks on this record, half of which were solo songs by each band member. In a mixed three-star review of the album, Tanu I. Raj of NME wrote that “although ‘Apocalypse: Save Us’ sheds a bright light on their growth as a band and contains one good track after another, sometimes it still finds itself deviating from its own subject.”