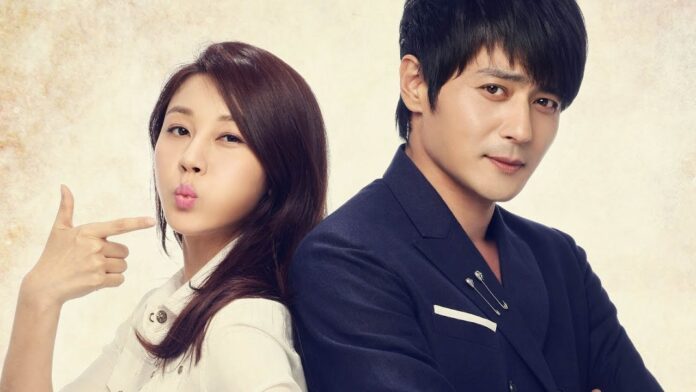 Do not miss these recommendations of k-dramas where justice and the law will play an important role.

Korean dramas have the power to make any profession seem charming and attractive, their characters have such an interesting personality that it leads them to face situations full of emotion that easily infect the public.

So even if the laws don’t seem to be your thing, you will notice that seeing doramas where justice becomes the basis of everything is also full of exciting scenarios that will catch you from the first chapters.

Dramas where the main characters are dedicated to proving the guilt or innocence of the suspects will present you with different narratives, some more serious than others and, of course, many of them with a dose of romance that is always necessary.

Read on and dare to give these series a chance, which will take you through all the experiences of prosecutors and lawyers as they strive to fulfill their duty and enforce justice.

PRIDE AND PREJUDICE
A drama about young prosecutors who, guided by their sense of duty, will do everything in their hands to respond to the cases assigned to them, however, they will realize that this is not easy when they have to face authorities and people with great power that they will use their influence to try to block their path so that the cases remain unsolved. It is an example of how over time people can lose sight of the fulfillment of their duty to put their own interests ahead.

SUSPICIOUS PARTNER
Eun Bong Hee begins serving as a prosecutor practitioner alongside Noh Ji Wook, they do not have a good relationship due to their very different personalities, but when Bong Hee’s ex-boyfriend dies and she is guilty of murder, Ji Wook will try to To help her prove her innocence, when she is released, they must face a criminal with memory problems who will put them at high risk.

DEFENDANT
Prosecutor Park Jung Woo is a man committed to his duty, but his life takes a 180-degree turn when one day he wakes up inside a cell without knowing how he got there. Jung Woo is sentenced to death while charged with a serious crime, but due to temporary amnesia, he will face great difficulties in proving his innocence.

WHILE YOU WERE SLEEPING
Nam Hong Joo is a girl who can see the future in her dreams and due to this, continuing her life in a normal way has been difficult for her, but everything becomes easier when she meets Jung Jae Chan, a prosecutor with little experience After their meeting, she will also start dreaming of scenes about the future, although she was frustrated that she could not do anything about it, along with Jae Chan and a police officer using these visions to save the people they manage to see in their lives. premonitions.

I HEAR YOUR VOICE
When Park Soo Ha was a boy, he had a traumatic experience witnessing his father’s murder, at that time only one person helped him, a young student who passed by testified against the murderer, but he vowed to find her and take revenge. Soo Ha, even though he was a boy, promised to protect her and although they lost contact, he kept looking for her. Years later they meet, while the student has become a lawyer, So Haa studies high school and has also developed the ability to read the minds of others, so he can help the girl to solve various cases that seemed have no way out.

“The Simpsons” would choose someone “ethnically correct” for Apu’s voice