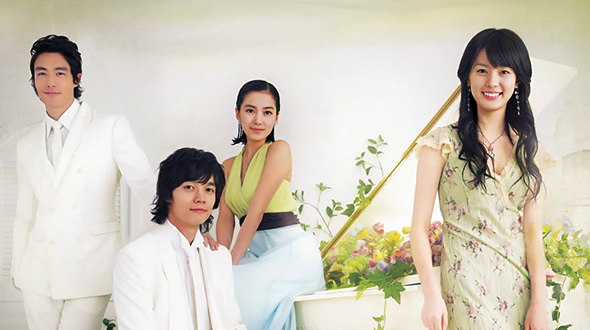 These stories became classics in the world of Korean dramas, know what they are about.

Among the must-see K-Dramas we find some narratives that began to expand the popularity of these productions. The 4 Seasons will take you to live a different time in the series.

The 4 Seasons is the name given to this collection of stories that introduce us to endearing characters as we watch them experience love and tragedy, each one is inspired by one of the seasons of the year and, although several years have already passed Since their premiere, they are series worth knowing.

If the stories currently airing aren’t exactly what you’re looking for, maybe you should give these dramas that were a hit around the world a try . Although in many places they met years after its transmission on television, they captured the eyes and hearts of the spectators.

Many fans must be familiar with these productions, but it is always a good time to turn back to the past and remember the beginning of your love for Korean dramas . If you still do not know the stories of the 4 Seasons , then we will tell you what you have been missing.

THE 4 SEASONS: K-DRAMAS EVERY FAN SHOULD KNOW

Su Ho is a boy who comes to live on an island while he and his father flee from financial problems and debts continue to accumulate. His father leaves him there with a friend of his and Eun Young, this girl’s daughter. Su Ho disappears from that place, but Eun Young does not forget him and years later she meets a pianist who shares an uncanny resemblance to her memories of Su Ho .

The life of a family with a son and daughter changes from one moment to the next when they have a car accident, as some analysis will reveal that Eun Suh is not actually part of their family. After this news, the girl is reunited with her real family despite not wanting to do so, but years later she and her brother will meet again unexpectedly.

When Joon Sang transfers to a new school, he quickly falls in love with Yoo Jin and although she only sees him as a friend, little by little they fall in love. This relationship is interrupted when Joon Sang dies in an accident and despite his terrible sadness, Yoo Jin tries to move on with his life. Years later she gets married, but on her wedding day a man appears identical to her first love whom she thought she had lost.

Eun Hye is a girl happily in love with Min Woo until an accident ends her life. His heart is donated to He Won , who receives a new opportunity to live thanks to this event. Min Woo moves out of the country to try to overcome his sadness over the death of his loved one, but fate will lead him to reconnect with the heart of the person he cannot forget.

We recently also told you about the K-Dramas that marked 2020 and what you should see before the end of the year.