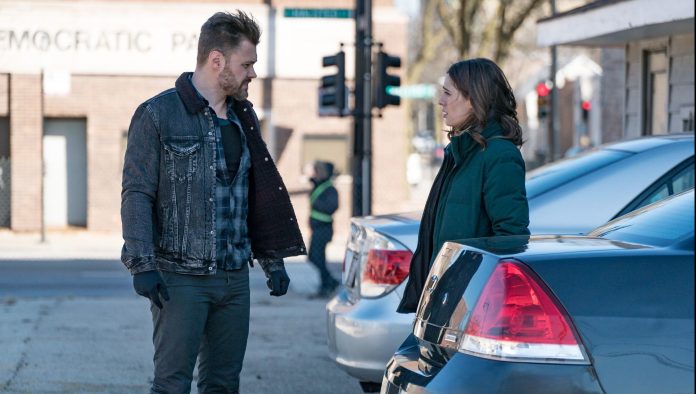 Chicago P.D. has been developing one of the most engaging romances on screen with Kim Burgess and Adam Ruzek with a story that keeps fans enthralled.

The NBC police drama returned this year with more episodes of season 8 and showing Kim Burgess receding to her tortuous past when she lost her baby during an abortion when she was beaten by a bandit.

Although Chicago P.D. They have focused on the eighth season with the history of Halstead and Upton, they have not lost sight of the fate that awaits Kim Burgess and Adam Ruzek.

Everyone is aware that the couple has had to live a very strong relationship since the beginning of the series. And between comings and goings, even the baby is being made part of history.

Promotional trailer for the next episode of season 8 of Chicago P.D.

However, Chicago P.D. seems to have separated another very interesting story involving a child again. But, unlike the previous situation, Burgess and Ruzek are going to adopt a daughter.

It all started with the third episode of season 8 of Chicago P.D. Burgess and Ruzek were together when they came across a girl walking disoriented in the middle of the street. The girl, she had witnessed the massacre of her entire family.

This situation made Burgess relive the moments of her when she was pregnant. In fact, her connection to the child awakened in the officer a maternal instinct that she did not know she had.

Aahoira, it turns out that the trailer for the upcoming Chicago P.D. shows fans that the girl will be back and Kim Buergess is considering adopting her. A situation, which could be an indication that she will rejoin Ruzek.